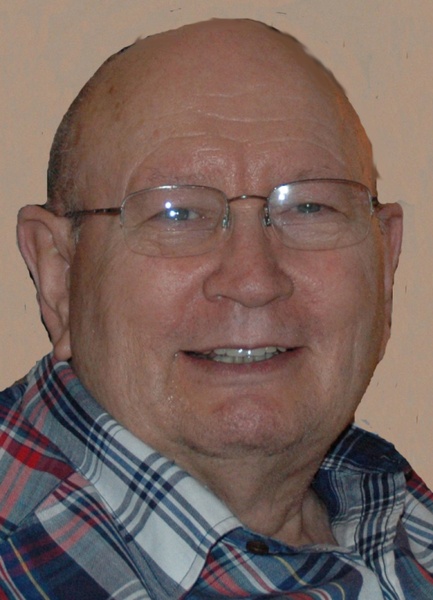 Funeral services will be held at  St. John’s Evangelical Lutheran Church in Alma City, Minnesota,   at 11:00 A.M. on Thursday, December 12, 2019. The Reverend Keith Bilitz will officiate. Interment will be in Alma City Cemetery. Visitation will be from 4-7 on Wednesday at Friedrich/Bonnerup Funeral Service New Richland and one hour before the service at the church.

He was born in 1938 to Lyall and Marie (Marzinske) Berg of Alma City and was the second son of five children. His parents moved to New Richland, where he graduated in 1956 from New Richland High School. He enjoyed wrestling and driving race cars on the weekend. He worked at Peterson’s grocery store and then as a pressman at the New Richland Star newspaper. He married Sylvia (Besser) Berg on August 1, 1959 and was blessed with three children Christine, Carol and Charles. He worked at the Albert Lea Tribune until he was diagnosed with neurological issues. He also worked at the Gambles store and as a bartender at the American Legion. If he wasn’t working, you would find him supporting his children and grandchildren at their sporting and musical events. He was an active member of St. John’s Ev. Lutheran Church throughout his life, serving as President, Secretary and Treasurer. He was also the AAL treasurer for the church. Bill taught his children how important family is to have in your life, how to care for others, work hard for what you want and how to enjoy Polka music. The most important thing Bill accomplished in life was to teach his children, grandchildren and great grandchildren about their Savior Jesus Christ so that they may have eternal life like he is enjoying now.

To order memorial trees or send flowers to the family in memory of William Berg, please visit our flower store.