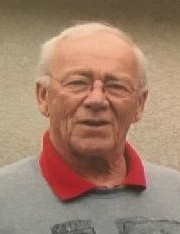 Warren Craig Torgerson, 82 of Geneva, MN, passed away peacefully at home, with family by his side on September 11, 2022, after a courageous battle with cancer.

Warren was born on July 22, 1940, to Francis and Frances “Jane” (McCormick) in Albert Lea, MN.  He was raised in Geneva, MN and attended Ellendale-Geneva schools where he played football, basketball, and baseball.  Following his graduation in 1958 he attended Mankato State University for one year and then returned to Geneva to work.  On October 29, 1961, he married his high school sweetheart, Mary Fischer at St. Paul Lutheran Church in Meriden, MN.  Warren and Mary continued to live in Geneva to raise their son, Craig.  Warren owned and operated the Geneva Standard Station for many years and later became an Amoco bulk agent.  Warren was very involved within the community and served on the Geneva Fire Department, coached the little league team and was a baptized and confirmed member of the Geneva Community Lutheran Church.  In his spare time, he enjoyed a round of golf, playing on a fast pitch softball team and bowling league.  A yearly trip to the Laughlin/Las Vegas with his wife hosted years of memories for the couple.

A Funeral Service will be held at 11 AM on Saturday, September 24, 2022, at the Community Lutheran Church in Geneva, MN; Pastor Kristen Venne will officiate.  The family will receive friends at a viewing to be held from 4-7 PM on Friday, September 23, 2022, at Bonnerup Funeral & Cremation Services in Albert Lea, MN and one hour prior to the service at the church. Interment will be held at Geneva Cemetery, Geneva, MN.

To order memorial trees or send flowers to the family in memory of Warren Torgerson, please visit our flower store.