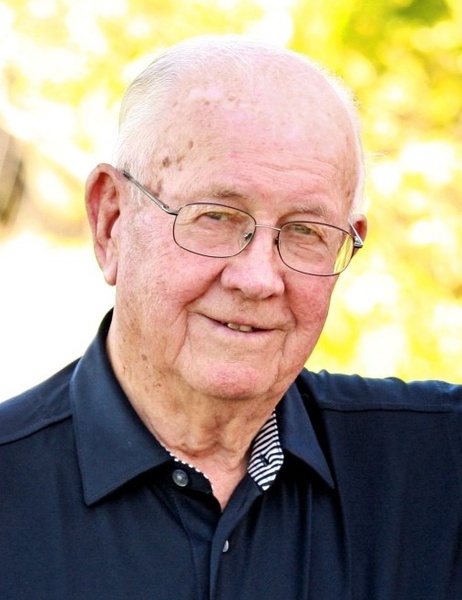 Funeral Services for Vernon A. “Larry” Fjelstad will be held at 2:30 P.M. on Sunday, July 28, at First Lutheran Church in Albert Lea.  The Reverend John Holt will officiate. Visitation will be one hour before services at the church. Interment will be in Graceland Cemetery at a later date.

Larry died on Saturday July 20, at the Minnesota Masonic Home in Bloomington, MN. He was 92. He was born on September 3, 1926, in Lake Mills, Iowa the son of Thomas Rudolph and Mabel (Flugum) Fjelstad.  Vernon “Larry” graduated from Lake Mills High School with the class of 1944 and then went to work helping on the family farm.  He enlisted in the US Army and served our country in the US Army Occupational Forces in Japan from 1946 until his honorable discharge in 1948.

He met Lorraine Stern at a dance on a ballroom floor, and they danced through life together for almost 70 years.  They were married on October 23, 1949, at First Lutheran Church.  Together they built their house on West Trail, where they lived until recent years. His entire career was spent at Freeborn-Mower Rural Electric Association, first as a lineman, then a foreman, retiring as the line superintendent in 1989. Proud of his service to our country, he was a member of the American Legion and VFW, spending much time playing cribbage and shooting the breeze with his comrades. Throughout his life Larry enjoyed bowling, gardening, horseshoe, a competitive game of cards, a good game of golf and was a passionate spectator of all kinds of sporting events.

A large circle of friends, and his three sons and their families kept Larry fully engaged in life. Whether it be dancing, travel, cards, golf, dinner out, sporting events, or any activity that brought everyone together- Larry always enjoyed.

To order memorial trees or send flowers to the family in memory of Vernon "Larry" Fjelstad, please visit our flower store.