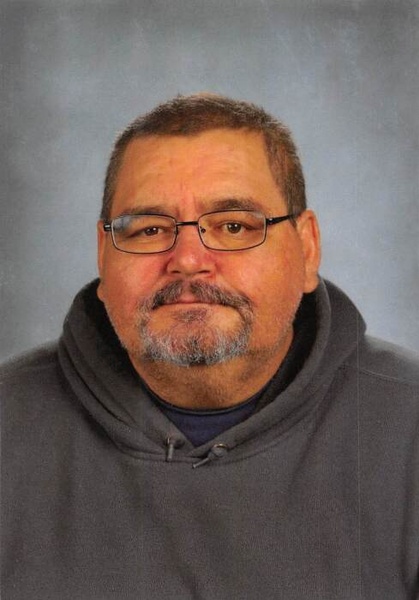 Todd Nelson, 51, of Blooming Prairie passed away at his home surrounded by family on January 10, 2021.

Social distancing and masks will be required.

On December 15, 2012 he married Erica Boever and gained his step-daughter Arri Meiners.

He attended Vo-Tec school to become a machinist. After a few years in Owatonna at SPX, Todd switched to being one of the Elementary School custodians and enjoyed seasonal work at CFS in Blooming Prairie. He was also a proud ambulance volunteer in Blooming Prairie for many years.

Todd enjoyed fishing, playing Farkle and putting a few back with friends, going on his Sunday drives with his dogs and hours and hours of his Westerns! He will be remembered for his old school personality, “dad jokes” and raiding anyone’s candy jar!

Todd was preceded in death by his parents; grandparents; and father-in-law, Tim Boever.

To order memorial trees or send flowers to the family in memory of Todd Nelson, please visit our flower store.