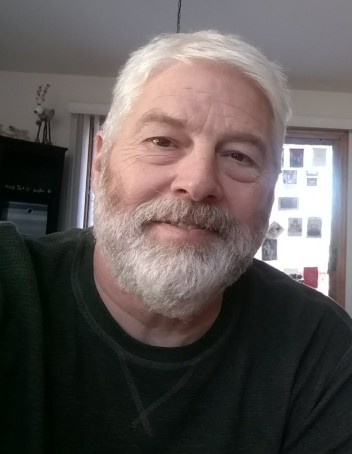 Todd Dennis Braget, 58, of Albert Lea passed away on February 9th.  He was a beloved husband, father, grandfather, son, brother, uncle, and friend to many.

Todd was born in St. Louis Park, MN on June 7th, 1963 to parents Dennis Braget and Tamra (Ginkel) Toso.  He graduated from Albert Lea High School in 1981.  He soon after enlisted in the US Navy where he served for over four years.  After honorable discharge, Todd attended Vocational school in Austin, MN for electronics technology.  He was a longtime employee with Midwest Wireless and Verizon as a Network Engineer. Prior to that he worked for E.F. Johnson as a Project Manager where his position took him to many places including China and numerous destinations throughout the US and Canada.  He most recently worked for the Iowa Department of Transportation as a Communications Technician.

On January 21, 1984, Todd was united in marriage to his longtime love, Theresa (Stapleton) Braget in Albert Lea at St. Theodore’s Catholic Church.  The couple lived in San Diego, CA during Todd’s service.  In 1985 they welcomed their first child Travis.  Trevor was born a couple years later in 1988.  They lived in numerous different cities around the region including Albert Lea, Chanhassen, Columbia Heights, Hutchinson, and Seattle, WA.  They always found their way ‘home’ back in Albert Lea where they have resided since 1999.

A gentle and kind spirit, Todd was a blessing to everyone who knew him.  He was a dedicated and loving husband, father, and grandfather.  He enjoyed several hobbies and activities, many with family.  He loved fishing, kayaking with Theresa, camping and hiking at state parks, playing guitar, playing in hockey leagues, disc golf, biking, pheasant hunting, and time at the lake lot in South Dakota.  More than anything, Todd cherished his time with all his family and treasured his grandkids.  He also loved to spend time with his many nieces and nephews, and more recently, their kids.

He is preceded in death by his father Dennis Braget and stepmother Carolyn Braget; brother in-law Dan Dahl, and grandparents.

To order memorial trees or send flowers to the family in memory of Todd Braget, please visit our flower store.