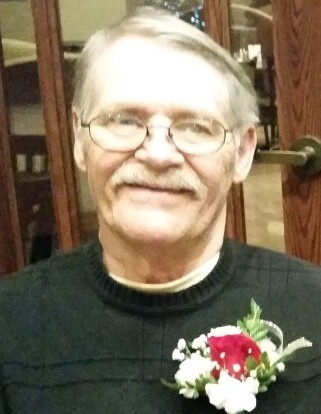 Tom was born on June 22, 1943 in Albert Lea, MN to Jack and Margaret “Spud” (Adams) Guiney.  He graduated from the high school in Albert Lea in 1961 and loved the people in his class.  That fall, he enlisted in the United States Army, where he attained the level of “buck” sergeant at the age of 19.  He was honorably discharged in 1964.  On December 3, 1965, he married the love of his life, Barbara Evenson, at United Methodist Church.  Together they raised two children: Suzi and Tommy.

Tom was known as “Mr. Fix-it”.  As such he spent time working as a laborer at places like Wilsons/Farmstead, the VA hospital, the City of Albert Lea, and Elmco.  From 1992-2008, he was the owner and operator of Albert Lea Seamless Gutters.

In his off time, he was always looking for new projects to busy himself with.  He enjoyed playing on the Albert Lea Rangers hockey team, four-wheeling, motorcycling, traveling, camping, taking trips to Tulsa to see his son, and trips to Branson.  He coached kids in hockey and softball and sharpened skates and sawblades.  Tom loved people and was known to be a jokester; he enjoyed playing practical jokes and teasing people.

Tom was preceded in death by his parents, Jack and “Spud”; and his parents-in-law, Bob and Imogene Evenson.

A visitation will be held at 12:00 p.m. on Monday, March 1, 2021 at Bonnerup Funeral Service.  Funeral services will follow at 1:00 p.m. with Pastor Kent Otterman officiating.  Military honors will be provided by the Albert Lea Area Veterans.  Interment will follow at Hillcrest Cemetery.  Services will be livestreamed on Tom’s obituary page at www.bonnerupfuneralservice.com.

To order memorial trees or send flowers to the family in memory of Thomas "Tom" Guiney, please visit our flower store.