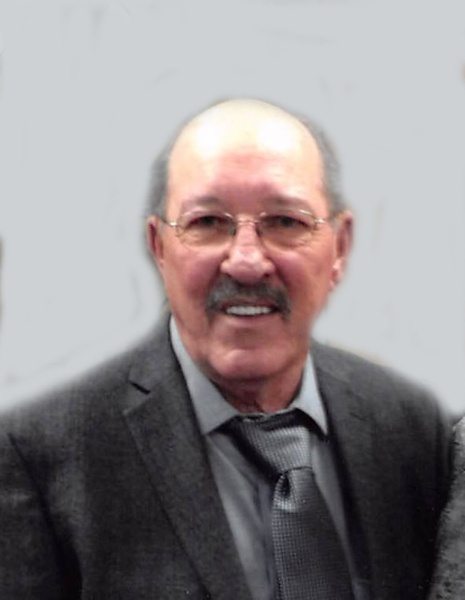 Funeral services for Thomas Edward Johnson of Albert Lea, MN, will be held at 11:00 AM Thursday, November 15, 2018 at the First Lutheran Church of Albert Lea. Pastor John Holt will officiate. Visitation will be held Wednesday evening from 4 until 7 PM at the Bonnerup Funeral Service and one hour prior to the service at the church. Burial will be in Hillcrest Cemetery, Albert Lea. Military honors will be accorded by the Albert Lea Area Veterans Groups. Thomas died Saturday morning, November 10, 2018 at the Methodist Hospital in Rochester, MN. He was 71 years of age. Tom was born January 2, 1947 in Albert Lea, MN, the son of Julian and Haroldine (Lampman) Johnson. He was a high school graduate and served in the US Navy. On July 12, 1968 he was united in marriage to Sandra Preuss at the First Lutheran Church in Albert Lea. Together they celebrated their 50th wedding anniversary this past year. Tom had been employed for many years in road construction traveling all over the United States. He was a member of the First Lutheran Church and the Albert Lea VFW. He enjoyed his Harley Davidson Motorcycle and the many trips to Sturgis. Tom was an avid ice fisherman and made many trips up north to Red Lake. He also loved raising pigeons, had a great sense of humor and spending time with family and his grandkids. Tom is survived by his wife Sandra of Albert Lea, MN, daughter Michelle (Mike) Baseman of Albert Lea, MN, son Shane Johnson (Becky Botzet) of Long Lake, MN, grandchildren Zackary (Alicia) Schumaker, Kelsea Johnson (Michael Oihus), Franklin and Aliza Johnson. Great grandchildren include Sophiea and Alexander Oihus, Brekken and Aviana Schumaker. There are two surviving brothers Dick (Beverly) Johnson of Glenville, MN, Don (Debbie) Johnson of Albert Lea, MN and numerous nieces and nephews. He was preceded in death by his parents, grandchildren Ciarra and D.J. Baseman and one brother Robert in infancy. Tom will be greatly missed by his loving family and many friends.

To order memorial trees or send flowers to the family in memory of Thomas Johnson, please visit our flower store.