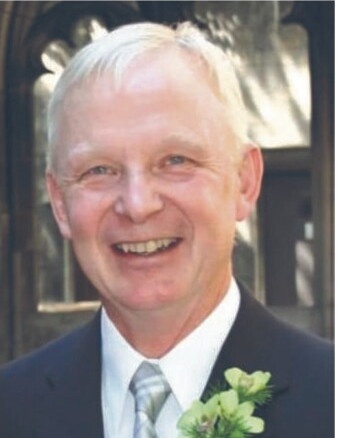 Steve attended Elgin High School for 9th and 10th grade and Albert Lea Central High school for 11th and 12th grade. He graduated in 1968. He participated in wrestling and debate. He earned a BA at Illinois State University, a law degree from Vanderbilt University, and a teaching degree at North Central College in Illinois. He taught at Naperville Central High School and Glenbrook South High School in Illinois. He retired June 2015.

Steve married Shelley Bashaw on July 15, 1972. They have 2 children, Sarah (Chicago) and Emmett (New York). They have three beautiful grandchildren; William, Claire, and Lila. Steve loved teaching astronomy, chemistry, and physics. He coached cross country, pole vault, and debate. He was an avid runner, running 60 marathons by the time he was 60. (New York, Boston, Grandma’s in Duluth, Chicago, etc). Music was always a part of his life. He played the guitar in a band in high school and coffee shops in Minneapolis during college. His vinyl records and stereo equipment were endless. Steve donated many of his summers to helping build houses for Habitat for Humanity. He was preceded in death by his father LaVon Grosland.

The immediate family will privately honor Steve at one of his favorite running trails in Elgin.

In lieu of flowers, please consider donating to the Habitat of Humanity.

To order memorial trees or send flowers to the family in memory of Steven Grosland, please visit our flower store.