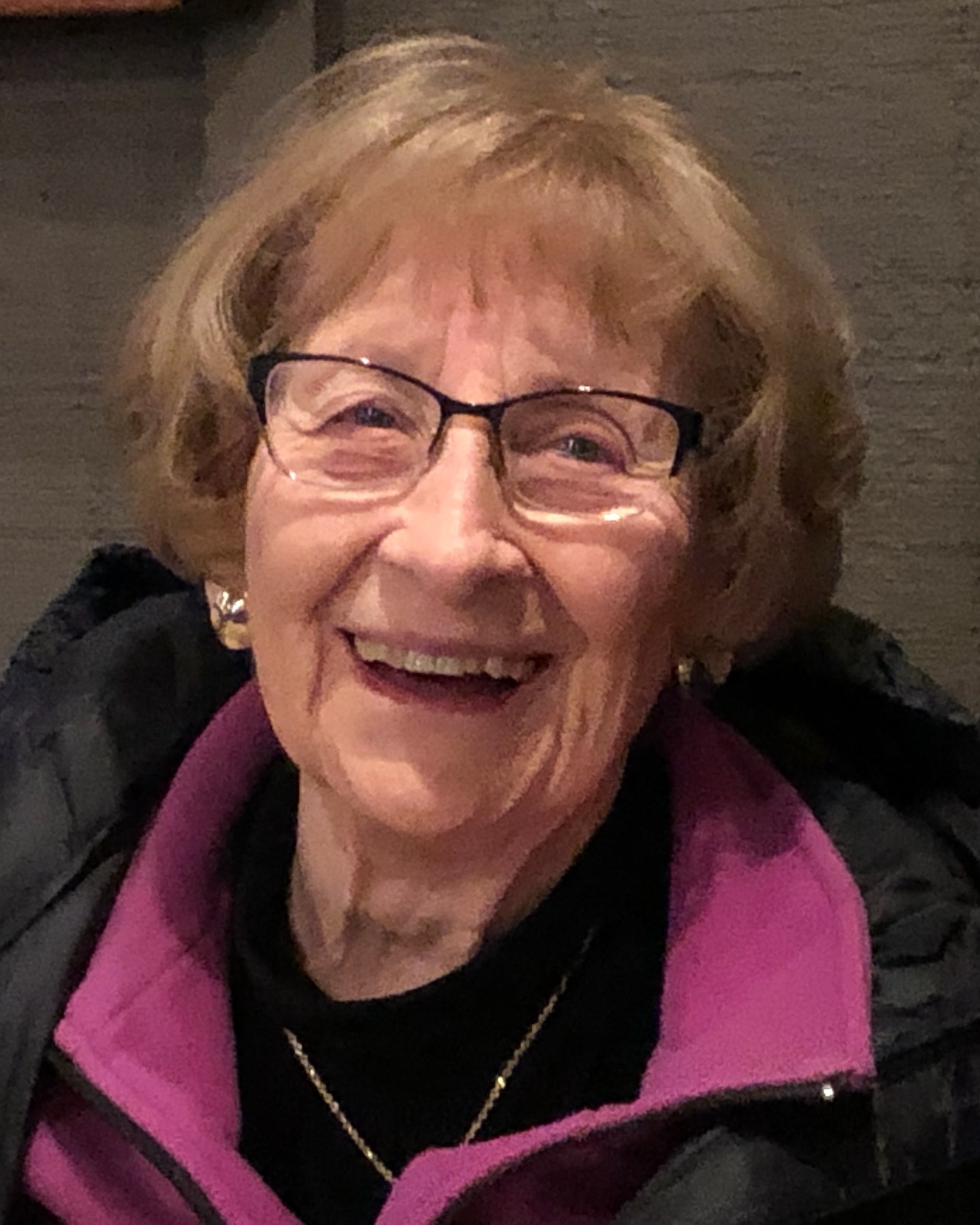 Funeral Services for Ruth Elizabeth (Heimerman) Spear, age 94, formerly of Albert Lea, will be held on Friday, January 20 at 11:00 am at the Church of St. Theodore in Albert Lea, MN. Father Kurt Farrell will officiate, concelebrated by Ruth’s nephew and godson Monseigneur Robert Laliberte. Interment will be in St. Theodore’s Cemetery. Visitation is one hour prior to the service at the church.

Ruth Elizabeth (Heimerman) Spear and her twin sister Rita, the youngest of seven children, were born in Stacyville, Iowa on August 2, 1928, daughters of Anton and Magdalena (Ginsterblum) Heimerman. Ruth graduated from Visitation High School and then pursued an elementary education degree at Briar Cliff College in Sioux City, Iowa. While teaching in Sioux City, Ruth met the love of her life, Byron Spear, whom she married on August 25, 1951. Immediately after their wedding, they moved to Oregon where Byron worked for the Army Corps of Engineers and Ruth taught at the elementary school. After returning to the Midwest, Ruth taught in Ogden, Iowa and Ames, Iowa. In 1958, Byron and Ruth moved to Albert Lea and lived there until 2019. During this time, Ruth taught periodically at St. Mary’s and St. Theodore’s Catholic schools. After earning her Master’s Degree in Special Education/Learning Disabilities from Mankato State University, she became a special education teacher at Sibley and Lakeview schools until her retirement in 1984.

Ruth was known for her deep love of children and her compassionate heart. Her education degree led her to work with children in every grade between kindergarten and sixth grade. She and Byron were foster parents for five children at various times, sponsored children from Venezuela and Colombia, and hosted foreign exchange students from Brazil. Her compassionate heart was rooted in prayer, and she was active in St. Theodore’s Church. Ruth belonged to the Council of Catholic Women, served as an Extraordinary Minister for Mass and for hospital visits, served as a St. Theodore’s Church trustee, belonged to the Liturgy planning committee, and assisted Byron as a confirmation teacher and youth group leader. She became a powerful intercessor, praying daily for the needs of others, in particular for the youth and the vulnerable. Ruth was a kind, gentle, devout Christian who made others feel seen and special. Her alert intellect and interest in others touched the lives of everyone, even to the end.  Ruth passed away peacefully on January 15, 2023 with her loving family by her side.

To order memorial trees or send flowers to the family in memory of Ruth Elizabeth Spear, please visit our flower store.