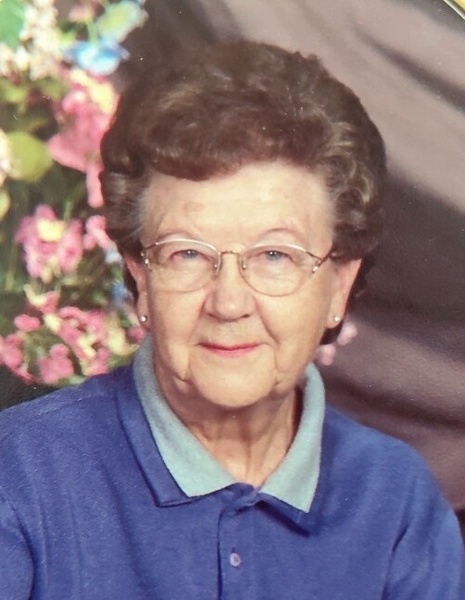 Ruth was born on December 16, 1922 in McLaughlin, SD in Carson County to Jacob and Rose Fischer.  The family moved to New Richland, MN where they lived on a farm owned by O. B. Anderson.  Ruth worked for some time at Land of Lake in New Richland.  She moved to Richmond, CA and went to work in the shipyards during the war.  She then worked a midnight shift in a shipyard warehouse office and took daytime classes in a commercial school. Ruth went to work for the Union Oil Company of San Francisco, CA where she remained for 36 ½ years.  She was a member of the Desk and Derrick Club of San Francisco for 25 years.  Ruth took early retirement and moved back to New Richland, MN where she joined the First Congregational Church.  She was the president and treasurer of the Women’s Fellowship group.  Ruth was a long-time volunteer at the New Richland Care Center.  She attended the first meeting of the New Richland Historical Society, became a charter member in August of 2001, and became secretary of in July of 2003.  Ruth moved to Ellendale, MN 10 years ago.  She enjoyed her family, reading, being outside, and working in her yard.

A memorial service will be held at 2 PM on Sunday, September 19th at the First Congregational Church in New Richland, MN with Pastor Pamela Jensen officiating.  Visitation will be one hour prior to the service at the church.

To order memorial trees or send flowers to the family in memory of Ruth Fischer, please visit our flower store.