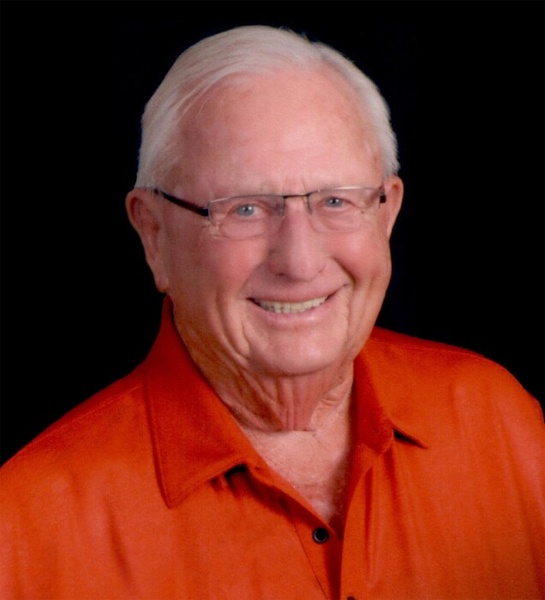 Russell E. Hanson, 94, of New Richland, passed away on Saturday, November 21, 2020 at Birchwood Cottages in Owatonna.

Out of precaution in relation to the COVID-19 Pandemic, memorial services will be held at a later date.  Bonnerup Funeral Service is assisting the family (www.bonnerupfuneralservice.com).

Russell Eugene Hanson was born in Waseca County on November 14, 1926 to parents Eugene and Florence (Larson) Hanson.  He grew up on a farm near the Vista area in Otisco Township, graduating from New Richland High School in 1943.  He enlisted in the United States Army, seeing many different parts of the world through his service.

Russell farmed all his life, and he enjoyed the work he did.  When he wasn’t farming, you would most likely find him on the golf course in the summer, on a snowmobile in the winter, or taking an occasional trip to the casino.  In his later years, he and Ruth would spend winters in Arizona.  He was a member of Le Sueur River Lutheran Church, The American Legion, and the Moose Club.  Russ was an easy-going guy who liked conversation and having a good time.

He is preceded in death by both parents; and a brother, John Hanson.

He will be missed by his wife of 73 years, Ruth Hanson; children, Gary (Veronica) Hanson, Victoria (Larry) Hagness, Mary Jo Hanson, and Mark Hanson; 9 grandchildren; 15 great-grandchildren; a sister, Marilyn Gilbert; as well as many other loving extended relatives and friends.

Memorials may be directed to the Le Sueur River Lutheran Church.

To order memorial trees or send flowers to the family in memory of Russell Hanson, please visit our flower store.