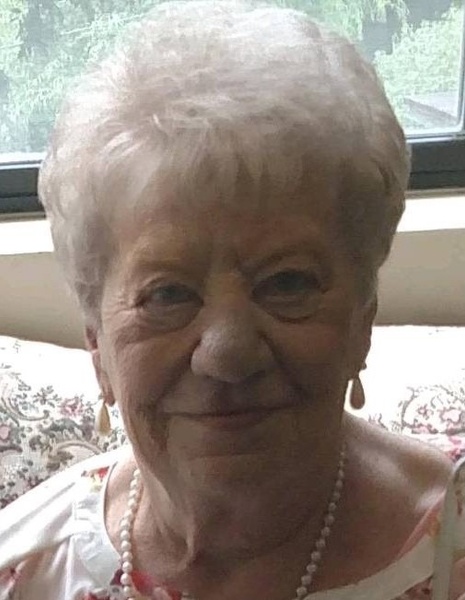 Born on Sunday, March 14, 1937 to Tony and Frances (Billat) Bok at the Bok family home, on Garfield Ave in Albert Lea, Cookie died just up the road in the care of Thorne Crest on Sunday, February 6, 2022 surrounded by and holding the hands of her family after almost eighty-five years of life.

Cookie attended St Theodore’s Catholic School, and Albert Lea High School, graduating with the class of 1955. While some went on to college, she would say she earned her degree from Wilson’s University as she began her working career at Wilson & Co, writing out checks in the livestock office. In 1965 she married Max Dowling, they later divorced. She worked and made friends at the Land O’ Lakes office until it relocated. On her fifty-first birthday, she began what would be a thirty-three-year run working for Harriet and John at E Z Rental. Mom just loved wearing her blue jeans to work!

Along with life-long friend Shirley Woitas, she would receive First Communion, and be Confirmed at St Theodore’s. She very much enjoyed going to lunch with the “Northside Neighborhood” gals; get-togethers with Wilson and Land O’ Lakes friends; endless card games and visiting with Evie Johnson. Oh, that beautiful view of the water from her home of fifty-three years on Albert Lea Lake. Her candles and strands of twinkle lights made every corner of our home a cozy place to be. We always enjoyed the extra baking she would do around the holidays, loved the savory Chex Mix, and those hand-rolled noodles for homemade chicken noodle soup.

Mom was always there for us kids, and she was so proud to attend the activities of her grandchildren. When things got tough… it must have been the combination of her Russian and Polish pedigree, she would stomp her foot, face it head-on and somehow things would work out. She was petite but mighty!

We are grateful for the care our mother received while at Thorne Crest.

A time for visiting will take place from 4:00-6:00 p.m. on Thursday, February 17, 2022, at Bonnerup Funeral Service, along with one hour prior to church services on Friday.  A memorial mass will be start at 10:30 a.m. on Friday, February 18, 2022, at St. Theodore Catholic Church with Father Kurt Farrell officiating.  Interment will be at St. Theodore Catholic Cemetery at a later date.

Memorials can be forwarded to her church, St Theodore Catholic Church.

To order memorial trees or send flowers to the family in memory of Rosemary "Cookie" Dowling, please visit our flower store.