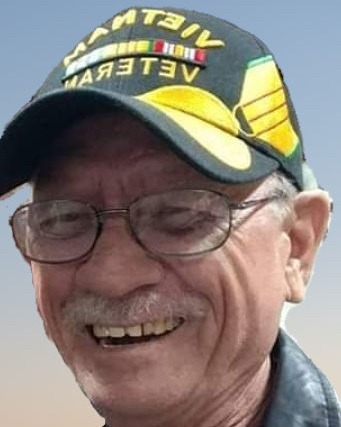 Born on August 26, 1946, in Albert Lea, he was a son of the late Roy and Hazel (Loge) Sickels. A veteran of the United States Army, Ron bravely served in during the Vietnam War. A member of the Albert Lea VFW Post #447 Honor Guard, Ron worked as a security guard at Diamond Jo Casino in Northwood, IA. Ron found joy in fishing, cheering on the Minnesota Vikings, and joy-riding around Fountain Lake.

In addition to his parents, Roy and Hazel Sickels, Ron is preceded in death by two brothers, Myron “Mike” Sickels and Tommy Thompson.

A Celebration of Life Gathering will be hosted by the family from 4-7:00PM on January 7, 2023, at Bleachers Sports Bar and Grill in Albert Lea. Ronald will be laid to rest in Fort Snelling National Cemetery in Minneapolis, MN.

To order memorial trees or send flowers to the family in memory of Ronald Sickels, please visit our flower store.