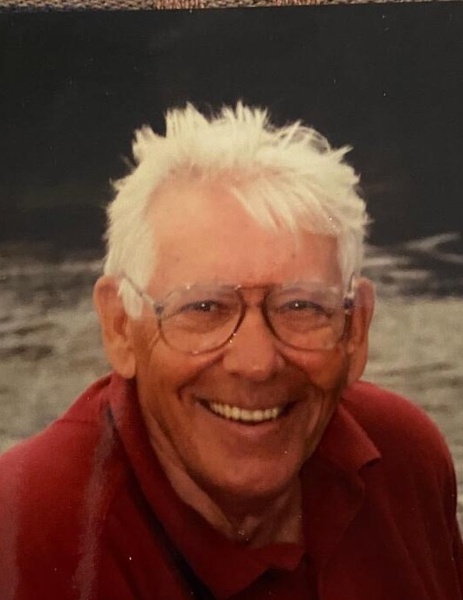 Rolan D. Porter passed away quietly November 13, 2020 at his home in New Brighton MN. Rolan was born in Albert Lea MN on November 27, 1928 to Dwight and Edna Porter. He grew up in Albert Lea, graduating high school in 1946. He served in the US Army during the Korean War. Rolan married Irene Olness in May, 1953. Together, they raised six children. They lived in Albert Lea, Columbus NE, and Mounds View MN.  Rolan spent his career in production management and sales positions with several manufacturers, with a small diversion as a farrier.

Rolan liked to hunt ducks and catch fish. He did both on East Lost Lake in Underwood MN where they owned a cabin for several years after their retirement. He especially enjoyed having the whole family gather there, as long as the visits were brief. Rolan loved to tell stories, many of them more than once (it’s how he taught family history). He was a voracious reader – often reading more than one book at a time.  He enjoyed playing cribbage and bridge (only duplicate bridge was worthwhile in his opinion) throughout his life. Rolan was committed to cocktail hour.

A grave side service will be held next year in Albert Lea.  Memorials may be given to Ramsey County Libraries, on-line at https://rclfriends.org/support-us/donate/.

Arrangements with the assistance of Bonnerup Funeral Service (bonnerupfuneralservice.com).

To order memorial trees or send flowers to the family in memory of Rolan Porter, please visit our flower store.