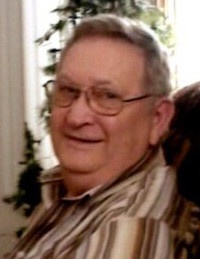 Roger Leroy Baldwin, 85, passed away peacefully at his home on September 16, 2022. He was surrounded by his loving family.

Funeral services will be held Thursday, September 22, 2022, at 2:00pm at Our Savior’s Lutheran Church in Albert Lea, MN. Pastor Michael Lilienthal will officiate.

Visitation, from 5:00 to 7:00pm, Wednesday, September 21, 2022, at Bonnerup Funeral & Cremations Services, in Albert Lea, MN.  Also, one hour prior to the service at Our Savior’s Lutheran Church on Thursday.

Roger was born on November 3, 1936, to Leland and Olga Baldwin of Northwood, Iowa. He was united in marriage to Violet Ann Gentz, the love of his life, on April 27, 1957.

Roger was a devoted Lutheran, baptized in the name of the Lord on April 1, 1938, at First Lutheran Church in Northwood. He was confirmed on July 10, 1966, at Our Saviors Lutheran Church in Albert Lea, MN, where he continued as a congregation member throughout his life.

Roger was a quiet, kind, and gentle man, who always showed his appreciation with a please and a thank you. You would often find him sitting at a table putting a puzzle together, playing solitaire or playing five hundred or hearts with family and friends. In his more youthful days you would find him outside taking care of his rose beds or working in his shed on a variety of projects for his family. He was very skillful and crafty as he enjoyed building many things from wood, such as cabinets, furniture etc. He also enjoyed attending Bible Study, listening to Blue Grass and Polka music. He had a constant love for flowers and animals. He loved and cherished every moment he spent with family.

Always a hard worker, as a teenager, Roger worked at the local bowling alley setting pins, also as a farmhand tending fields and livestock. From there he went into carpentry for next 20 years, helping to build several houses in the Albert Lea area. During part of that time, he had a second part-time job helping his church with janitorial work. He moved on to be employed with Queens King Seal for 15 ½ years. After Queens King Seal, he went to Truth Hardware where he worked for 12 years, until retiring, do to health issues, on February 2, 2000.

In celebration of Roger and Violet’s 50th wedding anniversary a video was made for them with pictures of their lifetime together. Roger loved and cherished that video. It was played for him shortly before he passed, we knew he was smiling and enjoying every second of it. He cared more for Violet and others than he did for himself. He always said, “Violet is the best wife and the best nurse!” When leaving for his final trip to the hospital he made sure to tell Brian that he would be ok, not to worry about him; just take care of Violet.

Roger was a great father, leaving his children with special memories that will last a lifetime. Here are a few of their favorites:

Rhonda remembers when she was a little girl and he took her to pick out a puppy, without anyone else knowing. She recalls that on the way home, they shared lots of laughs while deciding on a name for the puppy, and eventually they settled on the name Rusty.

Allen and Brian remember that he was always there to help them. They learned a lot from him, but one of their best memories was going to work with him when he was building houses. Brian says he learned how to pound a nail before learning how to even read and write.

Deb remembers driving around town with him, pointing out and talking about all the houses he built. Deb really enjoyed playing cards, going on shopping trips, and putting puzzles together with her dad.

Val has fond memories of sitting on her dad’s lap as a child. One of her favorite memories is when they were kids and he made them stilts out of leftover wood. She loved it when he would say yes, after mom already said no! She will always treasure every one-on-one conversation the two of them ever had.

The family would like to extend their gratitude to Mayo Clinic Health Systems of Austin- ICU Department, St. Croix Hospice, and Good Sam’s Therapy Department, for their excellent care.  A special thank you to Pastor Michael Lilienthal for his prayers and support.

To order memorial trees or send flowers to the family in memory of Roger Baldwin, please visit our flower store.