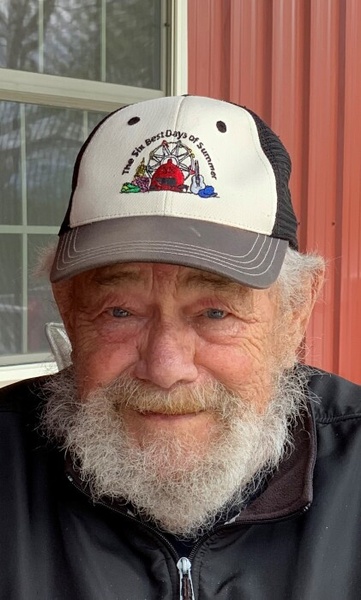 Robert Benson, 82, of Albert Lea, Minnesota passed away with family by his side at St. Mary’s Campus Mayo Clinic in Rochester on Friday, July 31, 2020.

A public drive through visitation will be from 10am – 12 noon, Thursday, August 6 at the Bonnerup Funeral Home of Albert Lea. Family will hold a private service and committal service.

Robert was born June 12, 1938 in Albert Lea to Ralph and Helen (Donahue) Benson. He grew up in Albert Lea and graduated with the class of 1956 from Albert Lea High School.

On June 19, 1965 Bob married Barb Jenner and together raised their three sons.

Bob spent his career as an iron worker across Minnesota building bridges, skyscrapers, hospitals and numerous structures. He was known for his good work ethic.

He was a proud member of the Moose Lodge 1703 for over 50 years achieving its highest rank as Pilgrim, serving as state president in 1989 and supreme governor in 1990.  He was former president of local labor union, local clown troupe, volunteered with upkeep at the Hill Crest Cemetery, and parked the horse trailers for over twenty years at the Freeborn County Fair. He loved the outdoors and shared his passion for hunting, fishing and camping with his family. He was also an Eagle Scout.

Robert loved his grandchildren and time with family. His jokes and willingness to share his opinion will be cherished and missed by many.

Robert was preceded in death by his parents and son, Christopher Benson.

To order memorial trees or send flowers to the family in memory of Robert "Bob" Benson, please visit our flower store.