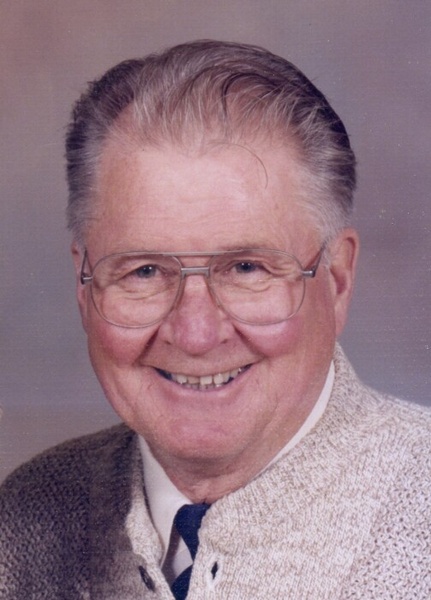 Robert "Bob" “Sonny” Duane Haskins passed away peacefully at home, surrounded by family on Sunday, October 11, 2020. He was 90 years old.

A public visitation will be held from 4:00PM - 6:00PM on Thursday, October 22, 2020 at Bonnerup Funeral Service - Albert Lea. There will be a time of sharing for family and friends during the visitation at 5:30PM.

Bob was born at the Naeve Hospital in Albert Lea on January 20, 1930 to Gilbert and Ora (Olson) Haskins. After graduating from the Albert Lea High School Class of 1948, Robert joined the Army. He was a member of the 82nd Airborne. He made 31 parachute landings as a platoon sergeant and during one jump, he was hit by something heavy and luckily only injured his knee. Sonny served in the Army for just over 3 years and then later he was also part of the 135th Infantry with the Minnesota National Guard eventually retiring with the rank of Captain. Bob began college at the University of Minnesota and then received his bachelor’s degree in physical education from Winona State University.

While he was a student at the U of MN, Bob went on a blind date with a very special gal named Ruth. Then, on Feb. 27, 1954, Sonny married Ruth Giel in Winona. Following their marriage, Bob and Ruth lived in Winona and Hayfield before making their home in Albert Lea in 1963. Together they raised 8 children. Bob’s first teaching job was as the football and wrestling coach in Hayfield. He took a short break from that after moving home and was the purchasing agent for the Naeve Hospital. Bob then later retired from the Albert Lea High School where he worked as a Special Education teacher for many years. He was a proud member of the Albert Lea American Legion and served on the Honor Guard.

Bob was always known for being the funny guy. He was constantly telling Sven, Ole and Lena jokes, and was notorious for throwing in a few naughty ones here and there. There were many things he enjoyed doing, cross-country skiing, camping, riding the motorcycle, travelling out west to visit family in Oregon and Arizona and college football, but Bob absolutely loved dogs and wolves.

In lieu of flowers, memorials suggested to the International Wolf Center in Ely, Minnesota, or to a Veteran's charity of choice.

Special thanks to Sonny’s dear friend, Gary Serrano, caregiver Silvia, ‘Vi’ Ortiz and to the hospice care team at Mayo.

To order memorial trees or send flowers to the family in memory of Robert Haskins, please visit our flower store.