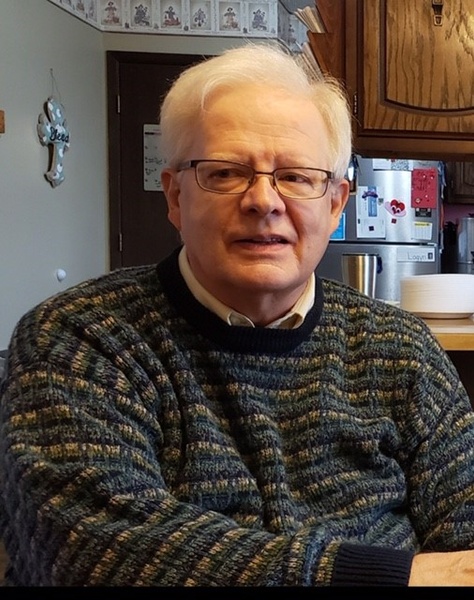 Richard Harding Jorgensen passed away unexpectedly on May 25, 2020, after a short illness.  He was 68.  He was born August 2, 1951 in Albert Lea, son of Helen (Nelsen) Jorgensen and Elton "Bud" Jorgensen.  He was confirmed at Salem Lutheran Church in Albert Lea and graduated from Albert Lea High School in 1969.   He attended Austin J.C. and thereafter earned a Bachelor's degree at Mankato State University, studying English and German language education.  He subsequently received his Master's degree at Mankato with special emphasis on American literature.  He taught secondary school in multiple Minnesota school systems, including Burnsville, New London-Spicer, Adams, Emmons, and Glenville, retiring from full-time teaching in 2010.

Rick was a life-long nature enthusiast, making multiple trips to Africa in photographic pursuit of native flora and fauna.  He was an avid bird-watcher and observer of Minnesota wildlife, and enjoyed the poultry and livestock exhibits at local county fairs as well.  He was a dedicated bibliophile with an array of intellectual interests and hobbies.  Rick was preceded in death by his parents and infant brother James.  He is survived by several cousins and their families who, along with many former colleagues, will miss Rick's keen intellect, generosity, and wry sense of humor.  He is also survived by his pet companions, of which he had many throughout his life.

Arrangements are pending with Bonnerup's for a private interment service at Graceland Cemetery in Albert Lea.

Donations to the Audubon Society are encouraged in lieu of gifts.

To order memorial trees or send flowers to the family in memory of Richard Jorgensen, please visit our flower store.