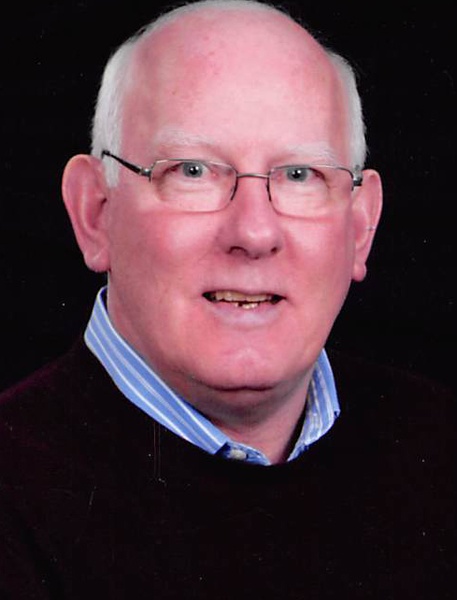 Richard Melvin “Rich” Hobson was born on June 17, 1949, to Letha and Bill (William) Hobson. He died on August 27, 2020 at the University of Minnesota Hospital in Minneapolis, MN following a sudden cardiac event. He was a 1967 graduate of Oakland High School, a 1973 graduate of Iowa State University, and a member of the Iowa National Guard. Many years of 4-H were a huge part of his life and he worked for several area farmers. Growing up, on summers and weekends he worked at Iowa Beef Processing plant with a lot of other friends in Oakland. Following college graduation, he was employed in the lamb department offices of Wilson Foods in Omaha, NE; Albert Lea, MN; and Denver, CO. After a few years in Sidney, IA and Paullina, IA, they eventually moved back to Albert Lea, where they have lived for 33 years. In recent years, he had worked for Rock of Ages, assisting families in designing their own granite monuments for loved ones. His final employment was with Humana, where he sold insurance products. The most rewarding part of any of his jobs was talking to customers and families about any and all topics of the day. In 1972, Pam Doty and Rich were married, and raised two sons – Nathan Richard and Kevin Dale.

At the encouragement of Dr. James Burns, the Hobson family became involved with the Albert Lea Youth Soccer Association. He spent over 25 years as a board member, youth coach, certified FIFA referee for ALYSA, the Minnesota Youth Soccer Association, and the Minnesota State H.S. League. He mentored many youth referees over the years, including his son, Nate. Rich also spent many years coaching YMCA and Elks traveling basketball. People would agree that Rich always provided encouragement, rides to away games, food for hungry players, and a unique perspective on the referee responsibilities. Many of his life-long friends were made in these activities. Rich was also a member of Daybreakers Kiwanis, the United Methodist Church, and was a volunteer at the Albert Lea American Legion.

He was preceded in death by his parents; his in-laws, Dale and Lilly Doty; brother, Terry; brother-in-law, Gary Komrofske; and infant grandson, Grayson.

A drive thru visitation will be held for Rich from 1:30 – 4:00 P.M. on Sunday, August 30 at Bonnerup Funeral Service, Albert Lea. In addition, a visitation will be held from 12 (noon) – 3:00 P.M. on Tuesday, September 1, with a Celebration of Life Service at 3:00 P.M. at the Oakland Community Center, Oakland, IA. Interment following at the Macedonia Cemetery. The Rieken Funeral Home in Oakland will be assisting.

The Celebration of Life Service will be live streamed on Rieken Vieth's facebook page at 3:00 p.m. on Tuesday, or later viewed on their website at www.riekenfuneralhome.com

To order memorial trees or send flowers to the family in memory of Richard Hobson, please visit our flower store.