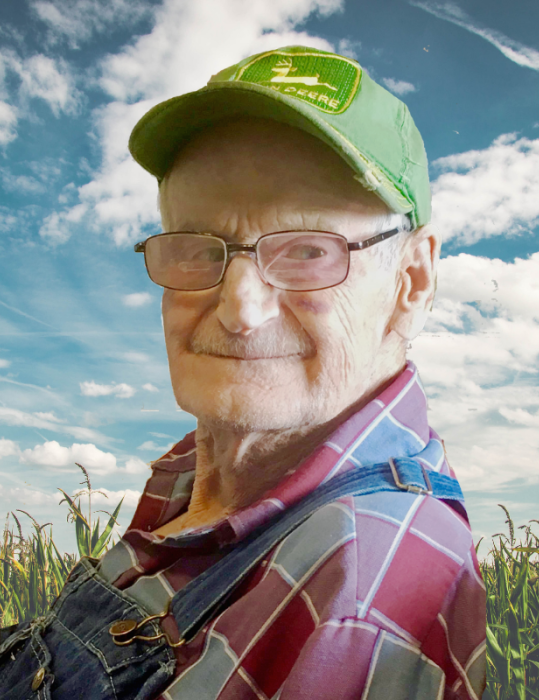 Raymond Walter Richter, age 86, of Alden, MN, passed away on Saturday, August 24th, 2019, at Thorne Crest Senior Living Community. A Celebration of Life Open-House will be held from 4:00-7:00 PM on Friday, August 30, 2019, at Bonnerup Funeral Service in Albert Lea, MN, with an informal prayer service beginning at 6:30. Interment will take place at Concordia Lutheran Cemetery, Pickerel Lake at a later date.

Raymond Walter Richter was born on June 4, 1933, to George and Ella (Briski) Richter on the family farm in Alden. Ray grew up and continued to live on the farm for the rest of his earthly life. Ray’s childhood was spent playing in the haybarn with his siblings and working hard, tending to the livestock and crops. As a worker of the earth, Ray grew to appreciate the beauty of the land from a very young age. Ray was a member of Concordia Lutheran Church of Pickerel Lake, where he was baptized. Although he had little formal education, Ray was amazing at mechanics and could fix all the farm machinery and equipment that needed attention.

Ray was also known for his trickster personality, his funny sayings and nicknames, and his hospitality to visitors. His favorite moments were spent with his “Cronies” at coffee hour, and he always had a pot ready for unexpected guests. Ray’s family is deeply saddened by his loss, but in Ray’s words, “They’ll get over it!”.

Ray is survived by his sisters, Fern Drescher, Erma Colvin, and Elnora (Nels) Christenson. He is also survived by many nieces, nephews, extended relatives, and his beloved dog, Knuckle Brain.

His memory will be forever cherished, and they know it’s not goodbye, but rather “See you in the funny papers!”

To order memorial trees or send flowers to the family in memory of Raymond Richter, please visit our flower store.