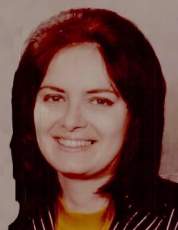 On Tuesday, April 26, 2022 at the age of 82, Phyllis Marie Charlton, of Albert Lea, gained her wings and returned home  to our heavenly father.

Phyllis was born on December 19, 1939 in Minneapolis to Albert and Caroline (Matheny) Clark. Phyllis and her family grew up in Minneapolis and is where she attended school.  Phyllis served in the United States Navy before having children.

On July 1st, 1960 she was united in marriage to Randolph Purdy and shared one son.  She later divorced.  Phyllis eventually found and married Brian Charlton on October 29th, 1966 and added two more children to their growing family.  Through her years, Phyllis worked in Retail Sales but focusing on raising her children.  Phyllis was known for her generosity in helping others. She helped serve meals during the holidays to those in need and supported a variety of charities that meant the world to her. Phyllis was very loving and befriended anyone her family introduced her to. She made you feel welcomed and cared for. It did not matter how long she knew you, she would ask about how you were doing. She worried about you as if you were her own.

Left to cherish Phyllis’s memory are her brother Terry Clark, three children: Randy (Cynthia) Charlton, Maleah (Brian) Pedersen, and Terry (Julie) Charlton; grandchildren: Anthony(Tami), Cory(Kelly), Andrea, Zach(Megan), and Megan; step-grandchildren: Tiara, Darryl, and Te’ossha; great-grandchildren: Katelynn, Chandler, and Scarlett; step-great-grandchildren: Ty’zsa, McKenna, Alayna, Liala, Jaylen, Jayla, and Ty’jhan.  As well as many nieces, nephews, cousins and so many family and friends all of whom meant the world to her.

Preceding her in death are her parents, Albert and Caroline Clark; her brother Freddy Clark and sister, Sharon Raben.

To order memorial trees or send flowers to the family in memory of Phyllis Charlton, please visit our flower store.