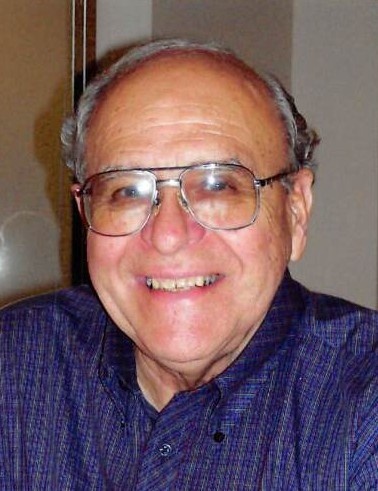 Philip Peters was born June 23, 1930 at his grandparent’s home (A.G. and Grace Seuser) in Albert Lea, to Carl and Louise (Seuser) Peterson.  He was baptized on July 20, 1930 by Rev. Johannes Hinderlie at Immanuel Lutheran Church in Forest City, IA, and confirmed by Rev. Melford Knutson at First Lutheran Church in Albert Lea on May 27, 1945.

Philip was a graduate of Albert Lea High School, class of 1948, the University of Northern Colorado in Greeley, CO, in 1958, and of Luther Theological Seminary in St. Paul, MN, in 1968.  Before and during his college days, he helped his dad operate roller skating rinks in the 1940s-50s.  He was later known for his own roller rinks in the late 50s until 1965  in Southern Minnesota and Northern Iowa.

Philip entered the United States Army on September 29, 1948, and served at Ft. Knox, KY, and then overseas to Okinawa, Japan, and Korea during the Korean War.  After the war, he was assigned to Ft. Carson, CO.  He was honorably discharged in May of 1952.

He was united in marriage to Marilyn Lee Anderson on October 21, 1951 at First Lutheran Church in Northwood, IA, and together they celebrated 70 years together.  Four sons were born to them:  Mark, Joel, Timothy, and Michael.  Philip attended Austin Jr. College before moving to Greeley, CO, to enroll in the University of Northern Colorado.  He received a bachelor’s degree there in 1958.  He taught Business Education subjects at Frost, MN; Rake, IA; and Fairmont, MN before entering Seminary.  He was ordained a Lutheran pastor of the ELCA on June 2, 1968 by the Rev. Melford Knutson.

After his ordination, Philip and Marilyn served parishes in Kenyon, MN; Buffalo Center, Thomson, Joice, and Scarville, all in Iowa.  Both Phil and Marilyn served at Waldorf College in Forest City, IA, for twelve years, Phil as the Dean of Students and Director of Development, Marilyn working with the college and church relations.  After retiring in 1995, they moved to Albert Lea and began a series of interim ministries together, the last being at First Lutheran in Albert Lea.

Phil also served as President of Handicapped Services and The Food Bank in Forest City, as well as the President of Riverside Lutheran Bible Camp in Story City, IA.  He was President of the Albert Lea Branch of Lutheran Brotherhood (Thrivent) for a time, served on the Senior Resources Board, was on the Red Cross Board, and was a driver for Ride Services in Albert Lea.  He was a member of the American Legion.

He was preceded in death by his parents, Carl and Louise Peterson; his grandparents, A.G. and Grace Seuser, and Peter and Olena Peterson; parents-in-law, Clarence and Edna Anderson; brothers-in-law, Gerald Groe and Earl Ehrenberg; sister-in-law, Maxyne Groe; and nephews, Steven Groe and Chad Peterson.

He was devoted to his family and he was dedicated to his work as a pastor and to the church.  We are grateful for his love and for many amazing years and adventures.

A time for visiting will take place from 12:00 p.m. – 2:00 p.m. on Friday, November 12, 2021 at Bonnerup Funeral Service.  Graveside services will follow at Hillcrest Cemetery with Military Honors provided by the Albert Lea Area Veterans.

A celebration service will be scheduled in the Spring at First Lutheran Church in Albert Lea, MN.

To order memorial trees or send flowers to the family in memory of Philip Peters, please visit our flower store.