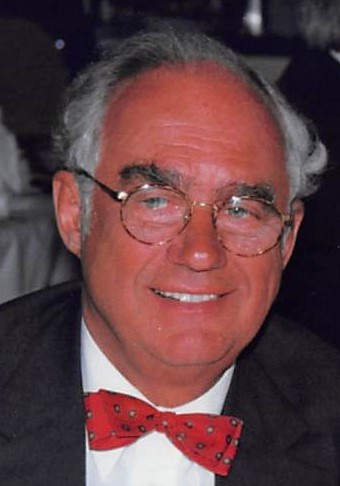 Paul was a TRUE salesman.  He could sell practically anything to anyone.  He was successful in many industries.  He started his sales career with Snap-On-Tools, as a side gig while he was going to college.  He went on to work with Rheem Manufacturing and Norge commercial washers, and Fedders in Chicago, IL.

Climbing the ladder of success, he moved his family to Plainfield, NJ, and joined Hammond Organ in 1968.  In 1969, he brought his family to Des Moines, IA to sell cars with American Motors.

When he landed in Albert Lea, MN in 1971 to work with Scottsman Ice Machines, he knew he had found a special place.  Paul made his mark on the world in the Commercial Division with Scottsman.  His outside sales positions took him to Restaurant shows in Chicago and many other places.  He travelled the world selling all kinds of things.

He had a year in Manitowoc, WI in the Vice Presidency in Sales and Marketing with Kelvinator Refrigeration.  When an opportunity came to move back to Albert Lea, he jumped at the chance.  Paul worked at Continental Castings, Larson Windows, and sold the Iron Worker for Edwards Manufacturing.  Paul retired three times.  Retiring was the only thing he failed at.

Paul and his (now deceased) wife Frances were “snowbirds” for more than 25 years.  They left the cold winters behind for the sunny warmth of Cape Coral, FL.  They always looked forward to coming home to their beloved Albert Lea:  their most favorite place.

Paul and Fran played Bridge throughout their lives.  They were a formidable team in many areas of their lives.

When he finally retired, Paul enjoyed fishing and having coffee with his friends.  Paul and Fran travelled the world together.

Paul will be a mightily missed by all who knew him.

In lieu of flowers, please give in memory to Albert Lea Community Theatre.  There will be a Celebration Wake at Three Oak Winery on July 17th, beginning at 3:00 pm.  The address is 73505 225th Street, Albert Lea, MN.

To order memorial trees or send flowers to the family in memory of Paul Skovlund, please visit our flower store.