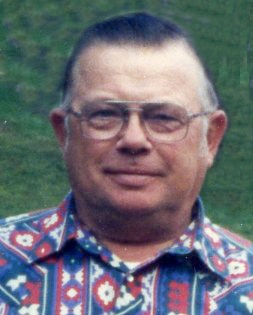 Paul Lewis Olson, 82, of Albert Lea passed away Saturday, May 16, 2020. He was born in Faribault County, the son of Goodwin and Amy (Odegaard) Olson. He attended grade school in a country one room school on the corner of their rural property and graduated from Bricelyn High School in 1955. He joined the Air Force but his tour of duty was cut short due to his father’s illness when he had to return home to help operate the family farm.

On August 8, 1959, Paul married Gayle Ochs. He worked for Queen Stoves and then for Streater Inc where he drove over the road to all lower 48 states for 10 years. Wanting to stay closer to home he took a local position driving for Red Owl, did road construction, and later laid carpet for Floorcrafters. He then worked for the City of Albert Lea in a variety of departments and especially enjoyed the street department... getting up at all hours in the winter to plow snow for many years. He loved the years they spent living on an acreage near Manchester where he had numerous horses and other animals. He enjoyed trail riding, hunting, fishing, gardening, and the companionship of his dogs. Paul and Gayle took many vacations together in northern Minnesota, to Branson, Missouri and driving trips to see Lisa and her family in California. He was a member of Ascension Lutheran Church and the Elks Club.

Paul is survived by his wife Gayle, his daughters and their families: Lisa (Dallas) White of Lompoc, CA, and their children Taylor, Katy, Kyle and Ryan; Denise (Stewart) McMullan of St. Paul and their children Amy and Delaney; brothers Wayne (Jolyn) Olson of Blue Earth, Charles (Kim) Olson of Frost, sister Lila Mae (Howard) Laugen of Lake Mills, IA; brothers-in-law and sisters-in-law Clayton Ochs of St. Paul, MN, David (Joy) Ochs of Pharr, TX, Richard (Barbara) Ochs of Albert Lea, and several nieces and nephews. He was preceded in death by his parents.

Due to the current health concerns and restrictions private family services will be held at Dell Cemetery in Frost.

Condolences may be sent in care of the Olson family to Bonnerup Funeral Service, 2210 East Main, Albert Lea, MN.

To order memorial trees or send flowers to the family in memory of Paul Olson, please visit our flower store.