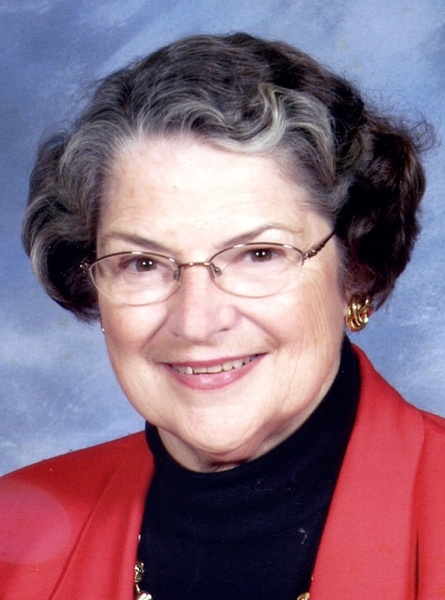 Patricia Mary (Dunn) Waters passed away June 13 at the age of 83 in Blaine, MN. Pat was born August 22, 1935 in Minneapolis to Patrick & Teresa (Culhane) Dunn. She grew up in Edina, MN, attended Christ the King School and is a proud graduate of Holy Angels Academy. Pat attended the University of Minnesota and received degrees in Home Economics and Elementary Education; she later earned a Master's Degree in Education. She was an active member of Kappa Alpha Theta Sorority. Pat enjoyed teaching and taught in Bloomington MN, and San Francisco, CA.

Pat married Harold Waters on August 10, 1963 at Christ the King Church, Minneapolis. They moved to Albert Lea where Pat taught at the Manchester one room school. After their first daughter Teresa was born, they moved to Edina and had 3 additional girls: Margaret, Mary, and Patty. Later they returned to Albert Lea where she taught generations of children at Lakeview, Clark's Grove and Sibley Elementary Schools. After retiring from teaching Pat volunteered at St. Theodore’s Catholic school.

Pat was very involved with the Knights of Columbus Auxiliary, St Theodore's Catholic Church, and the American Legion Auxiliary. She was always ready to entertain and welcomed all to their home. Family and friends were very important to Pat as she was an only child. She considered her cousins as siblings and Rushford as her second home. She made many friends through the years including a close circle of friends “The Fat Club”, who was family. Pat enjoyed traveling as a child with her parents, after graduation to Europe, and back to Ireland with Harold and later with her girls.

Funeral Mass will be 11:00 am Wednesday, June 19th, at St. Theodore’s Catholic Church Albert Lea, MN. Rosary will be at 4:00 pm Tuesday, June 18th with visitation until 8:00 pm at Bonnerup’s funeral home Albert Lea, MN, and one hour before the funeral at the church. Burial later at St. Joseph’s Cemetery Rushford, MN.

To order memorial trees or send flowers to the family in memory of Patricia Waters, please visit our flower store.