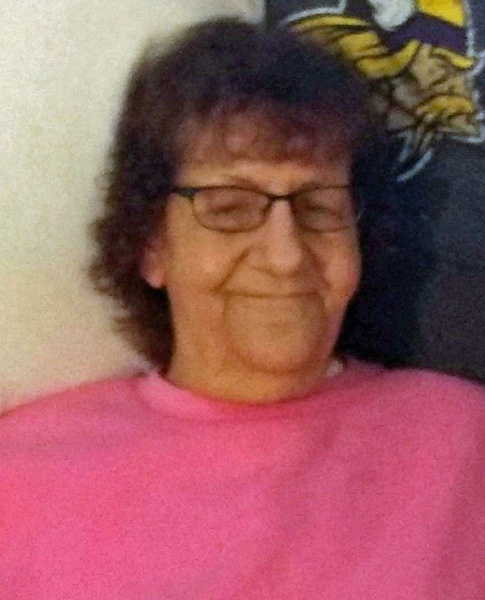 A memorial service for Patricia A. Hall will be held at 11:00 AM on Friday, January 24, 2020 at First Lutheran Church in Albert Lea, with Rev. John Holt officiating.  Visitation will take place one hour prior to the service at the church.  Burial will be in Hillcrest Cemetery at a later date.

Pat passed away surrounded by her loving family on Monday, January 20, 2020 at St. John’s – The Woodlands in Albert Lea.  She was 77 years old.

Patricia Ann (Simonson) Hall was born on March 20, 1942 in Albert Lea, MN to Elmer and Marie (Krueger) Simonson.  She graduated from Albert Lea High School in 1960.  On March 6, 1960, Pat was united in marriage to Walter Hall at First Lutheran Church in Albert Lea.  To this marriage, three sons were born.

Pat was a strong, caring, and compassionate lady.  Her husband, Walter, worked as an over the road trucker, so Pat cared for her family, always had hot meals on the table, and kept her home and vehicles in immaculate condition – all while working a full-time job at Land O Lakes for 40 years, and at the Albert Lea Tribune for 6 years following.  She often had to serve as both the mother and father figure at home because Walter would be asked to drive truck for weeks at a time, only coming home for a weekend or two out of the month.  She was the glue of her family – keeping everyone together.  Time spent with her grandchildren and great-grandchildren were memories she will always cherish.  Gardening, photography, and the occasional trip to the casino were some of Pat’s favorite activities.

She is preceded in death by her husband, Walter; both parents, Elmer and Marie Simonson; mother and father in-law, James and Ella Hall; siblings, Yvonne Kauffmann and Eugene Simonson; and sisters and brothers in-law, Alvin (Patricia) Hall, Arnold Hall, and Helen (David) Oquist.

To order memorial trees or send flowers to the family in memory of Patricia Hall, please visit our flower store.