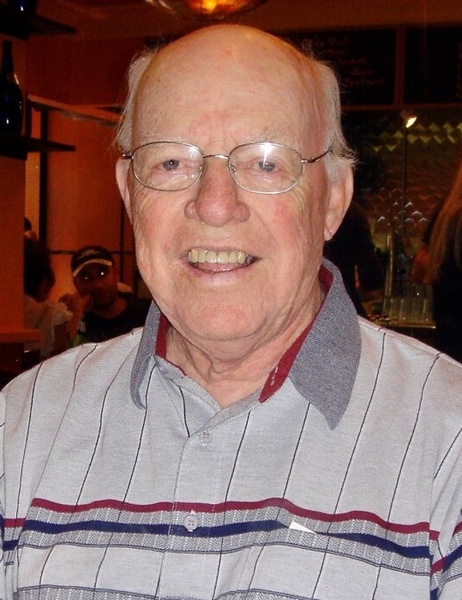 Odean Berg, 89, of Albert Lea passed away on July 2nd with family by his side after complications following emergency back surgery at Mayo Clinic Hospital, St. Mary’s Campus in Rochester.

Masks will be required while in the church and social distancing guidelines will be followed.

Military Honors will be performed by the Albert Lea American Legion. Burial will be private.

Odean was born July 24, 1930 to George and Eleanor (Johnson) Berg in Albert Lea, Minnesota.  He grew up in New Richland and graduated from New Richland High School with the class of 1948.  After graduation, Odean enlisted in the United States Army and after three years of service to his country, he attended Mankato State Teacher’s College (now Mankato State University), the first of his family to attend college and Mankato State’s first student to utilize G.I. Bill education benefits for schooling.

He began his teaching career in Comfrey, Minnesota where he spent five years as a teacher and Luther League advisor.  Comfrey is where he met and married Geraldine Sellner.  They were wed on July 29, 1961.

They moved to Albert Lea where they raised their family and Odean spent over 29 years as an English teacher.  He was active with St. Theodore Catholic Church where he was a cantor, sang with the choir, and served on the Parish Council.  Odean served the American Legion for 69 years where he was a Commander, State award-winning Historian, and long-time cribbage player.

Odean was an avid Minnesota sports fan—he loved the Vikings, Gophers, Timberwolves, and Twins.  He also enjoyed traveling to baseball stadiums across the country in the summer months.  He coached baseball, taught Bible school and enjoyed his students throughout the years.  He was a dedicated family man and loved to spend time with his grandchildren and attend their events.

A respected and admired teacher, he will be remembered by many former students as “Mr. TSKer.”  His personality and opinion will be missed by many.

He is survived by his wife of 58 years, Gerri; children, Terri (Michael) Swanson, Wendy (Mike) Schaller and Jonathan (Amy) Berg; grandchildren, Marcus and Mason Schaller and Addison and Gavin Berg; brother, Eugene (Lois) Berg along with many nieces, nephews and cousins.

Odean was preceded in death by his parents and sister, Connie (Jack) Hall.

The family welcomes donations to American Legion Post 56 of Albert Lea instead of flowers.

To order memorial trees or send flowers to the family in memory of Odean Berg, please visit our flower store.