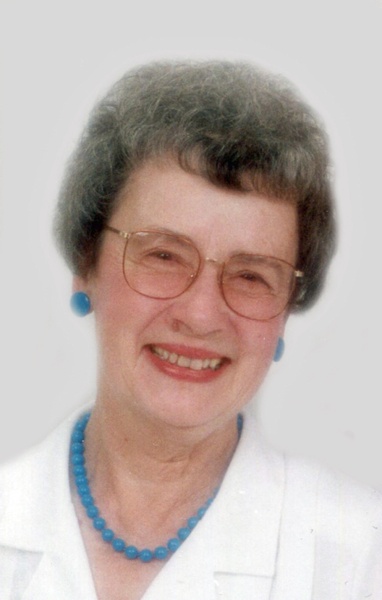 Funeral services for Norma J. Schneider will be held at 10 AM on Wednesday, September 5, 2018 at First Lutheran Church, Albert Lea.  The Rev. John Holt will officiate.  Visitation will be one hour prior to the service.  Burial will take place at Hillcrest Cemetery.

Norma Jean (Budach) was born on June 20, 1926 to Arthur and Matilda “Tillie” (Schwartz) Budach in Minnesota Lake, MN.  At the age of 16, she would move to Mankato to attend business school.  Shortly after she would move to Albert Lea to begin working.  On September 23, 1947, she was united in marriage to Harold “Bud” Schneider in Minnesota Lake.  To this union, three children were born.  The couple were members at First Lutheran Church.

She began working at Dixon’s Drive In as a waitress.  She then would go to work for Wilson & Co, later Farmstead.  From there should would transition to Streaters where she worked as a key punch supervisor until her retirement.  She was a very hard worker, often working well over her normal scheduled week.    The only time Norma would take vacation would be to take a few days off to deep clean her home.  If you knew Norma, you knew she kept a clean house – maybe it was part of her meticulous personality showing through!

Norma enjoyed playing piano, scrapbooking, cooking and baking, and loved her family gatherings the most.  She always had dreamed of going to New York but was never able to achieve that dream.  Norma was a loving mother, grandmother, and great-grandmother, but also had a stubborn side, which she like to blame on her German roots!

Norma is preceded in death by both parents; her husband, Bud; daughter, Barbara Jensen; siblings, Marvin, Orville, Duane, and Eileen; as well as numerous extended family and close friends.

The family would like to thank the caregivers at Good Samaritan Society, most recently Lisa, Capri and Jessica; as well as Heather and Hillary (two of her grandchildren) for taking such good care of Norma and granting her wish by letting her stay in her home during the last couple months of her life.

To order memorial trees or send flowers to the family in memory of Norma Schneider, please visit our flower store.