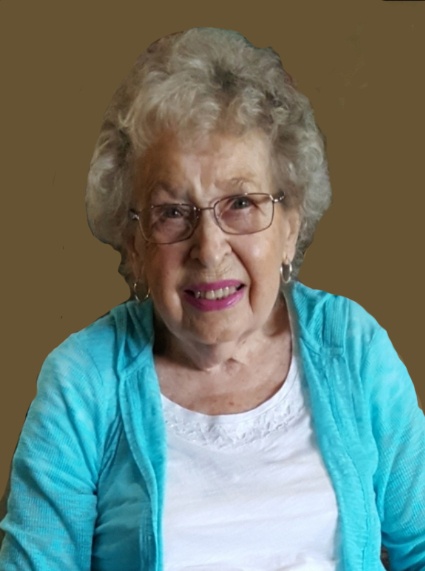 Memorial services for Norma C. Peterson of Albert Lea, MN, will be held at 10:00 AM Saturday, August 17, 2019 at the Bonnerup Funeral Service in Albert Lea. Pastor Kent Otterman will officiate. Visitation will be held one hour prior to the service. Interment will be in the Zion Lutheran Cemetery, Mansfield, MN. Norma died Saturday, August 10, 2019 at the Albert Lea Good Samaritan Home. She was 89 years of age. Norma was born June 23, 1930 in Bixby, MN, the daughter of Joseph and Dorothy (Hanson) Nelson. She graduated from Blooming Prairie High School and attended Cosmetology School in Mankato, MN. On September 24, 1950 she was united in marriage to Verle A. Peterson in Owatonna, MN, they later divorced. Norma was a member of Our Saviors Lutheran Church in Kiester and was active in the church circle. In her early years she worked from her home as a beautician, and in later years worked for several area nursing homes and the Albert Lea Art Center. Norma was a member of the American Legion Auxiliary and bowled on a league team. She enjoyed shopping, dancing, reading, gardening and yard work. The most precious times were spent with her children and grandchildren. She is survived by her children Christine (Jim) Schaefer of Walters, MN, Pamela (Rick) Hanson of Albert Lea, MN, Lisa (Mike Oldfather) Huston of Kiester, MN, 8 grandchildren; Tessa (Dan) Ripka, Rachel Schaefer, Tyler Schaefer, Nicole (Jay) Austinson, Brett Hanson, MacKenzie (Phil) Obermeyer, Megan (Amos) Boeck, Lee Huston and 9 great grandchildren with one more on the way. Also surviving is one sister-in-law Idella Nelson of New Richland, MN and several nieces and nephews. Norma was preceded in death by her parents, ex-husband Verle, son-in-law Thomas Huston, great grandson Ander Boeck, brother Roger Nelson and sister and brother-in-law Marlys and LuVern Sunde.

To order memorial trees or send flowers to the family in memory of Norma Peterson, please visit our flower store.