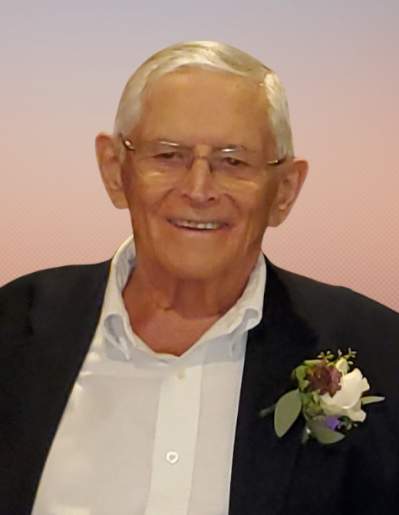 Myron “Butch” Martin Schumacher, 90, passed away peacefully on July 16, 2022, with his loving family by his side at the New Richland Care Center.

On November 28, 1950, Myron enlisted in the United States Army.  When he returned home after basic training he married the love of his life, Eldoris (Kettner) on October 17, 1951.  They moved to Boston, MA where Myron would serve as an Army Security Agent until November 6, 1953.  Myron was proud to have served in the Army and was recently honored for 60 years of service with the American Legion.

In 1953 Myron and Eldoris made their way back to Minnesota and lived in Sleepy-Eye, MN and Stewart, MN before settling down in New Richland, MN.  He worked for Land-O-Lakes in the egg division for many years before taking a rural milk delivery route and then later a route as a semi driver delivering milk to retail stores.  In 1998, after 26 years, Myron retired from Land-O-Lakes.  Myron took great pride in his community and served on the New Richland City Council and Economic Development Association.  He was a member of All Saints Catholic Church where he volunteered many hours.

Myron adored his family and especially loved Sundays which were filled with a family dinner, games and laughter.  He was an extraordinary handyman and helped with many remodeling projects for himself and his children.   He also enjoyed fishing and growing flowers and vegetables in his garden.

To order memorial trees or send flowers to the family in memory of Myron "Butch" Schumacher, please visit our flower store.