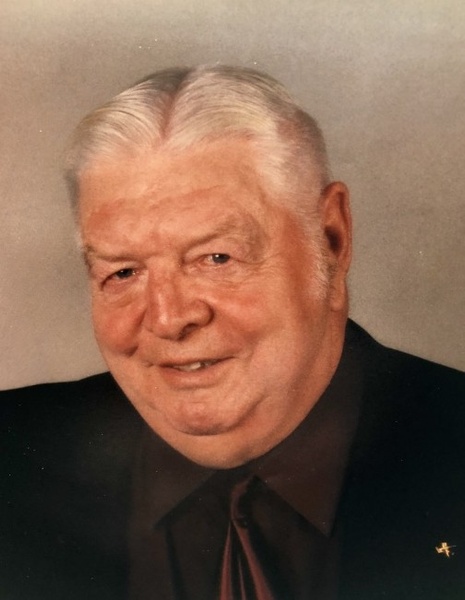 Funeral services for Milo S. Madson will be held at 10:30 AM on Saturday, November 24, 2018 at West Freeborn Lutheran Church.  The Reverend Steven Schwartz will officiate.  Visitation will be from 3 – 7 PM on Friday at Bonnerup Funeral Service, Albert Lea, and again one hour prior to the service on Saturday.  Burial will take place in West Freeborn Cemetery, and military honors will be accorded by the Freeborn American Legion.

Milo Sherman Madson was born on February 17, 1932 in Freeborn County to Joseph and Marie (Thofson) Madson.  He attended school in Freeborn.

On July 10, 1953, Milo was united in marriage to Ardis (Jensen) in Osage, Iowa.  The couple was blessed with four children.

Milo served his country in the United States Army from 1953 until his honorable discharge in 1955.  After his service, he came back to work on the farm; caring for livestock and tending to his crops.  He farmed up until just a few years ago.

Milo was a member of West Freeborn Lutheran Church, serving many roles including: Church Council, Choir, Luther League Counselors, and Council President.  Milo was also a member of the Hartland Legion, Dairy Association, Pork Producers Association, and was a past president of the Manchester/Hartland Telephone Company.  When he wasn’t working or volunteering, Milo enjoyed snowmobiling, playing cards, bowling league, cooking and grilling for family and friends, and traveling all over the world with his wife, Ardis.

To order memorial trees or send flowers to the family in memory of Milo Madson, please visit our flower store.