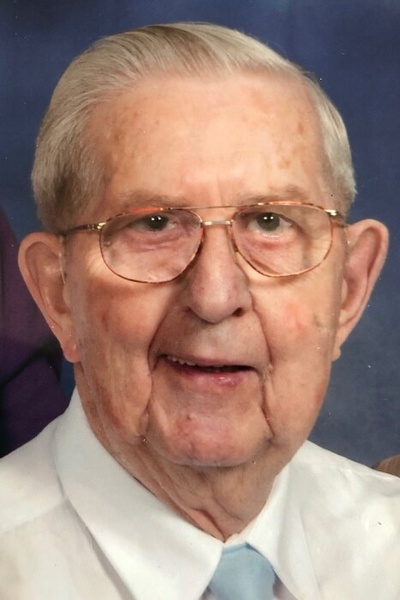 Funeral Services for Millard S. Hamborg, of Albert Lea, will be held at 11:00 A.M. on Friday, October 2, 2020 at the First Lutheran Church in Albert Lea. His daughter, Reverend Daphne Hamborg, as well as Reverend John Holt will officiate. Interment will be in Hillcrest Cemetery. Visitation will be one hour before services at the church.

He was born on June 14, 1928 near Twin Lakes in Freeborn County, Minnesota, the son of Martin and Selma (Hovland) Hamborg. Millard married Phyllis Strehlo on July 3 rd , 1952 in Morristown, MN, and they shared their lives together for over 68 years. Millard and Phyllis were a wonderful example of lasting love and devotion for their children, grandchildren, and great-grandchildren.

Millard worked as a cabinet maker for Streater Inc. for more than 30 years before retiring in 1991. He continued to use his cabinetry and woodworking skills well into retirement making many wood pieces that can be found in their home, as well as in First Lutheran Church and the community. Throughout the years Millard and Phyllis graciously volunteered their time to help others. For many years they were active volunteers with RSVP, Ride Services, the Senior Center, and First Lutheran Church.

Millard was a wonderful musician who played accordion both privately and professionally for over 78 years. He began playing at send-off parties for soldiers going into WWII when he was 14 yrs old. He continued playing for dances, fairs, nursing homes and senior centers until he was 88 yrs old.

To order memorial trees or send flowers to the family in memory of Millard Hamborg, please visit our flower store.