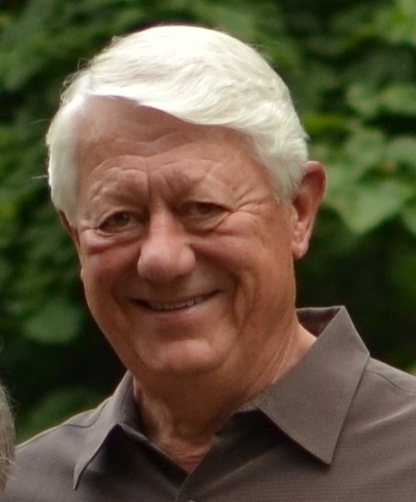 Memorial services for Michael “Mike” P. Kruse will be held at 3:00 PM Sunday, May 26, 2019 at St Theodore Catholic Church in Albert Lea. Father Kurt Farrell will officiate. Visitation will be held Saturday evening from 4 until 7 PM at Bonnerup Funeral Service and one hour prior to the service at the church. Interment at a later date in St Theodore Catholic Cemetery. Mike died Monday, May 20, 2019 at his home in Albert Lea, MN; he was 70 years of age. Mike was born October 1, 1948 in Mankato MN, the oldest of 7 children to Robert and Marion (Goettl) Kruse. Growing up on the family farm near Mapleton MN, he learned to appreciate gardening, a love of animals and the great outdoors. From an early age, he loved to hunt with his grandfather and learned to appreciate small town communities. He graduated from Waldorf-Pemberton High School and went on to earn his degree in accounting from Mankato State University after he served in the Vietnam War where he earned a purple heart and other medals of honor. It is in Mankato that he met and went on to marry his wife Susan (Coughlin) Kruse of 45 years on August 18, 1973. Although they have lived in communities all over Minnesota, it is Albert Lea in 1984 that they stayed and raised their 3 children. In Albert Lea, Mike went to work for and eventually own Church Offset Printing and North American Label as a CPA and comptroller. He continued to serve the community being an active member of St Theodore Catholic Church and the Knights of Columbus, belonging to the 4th Degree Honor Guard and serving as Past Grand Knight and Navigator. Mike was also involved with many local civic groups and a lifetime Chamber Ambassador. Mike was an avid outdoorsman who loved to hunt and fish and tell the stories of his experiences. Although he never bagged the elusive wild turkey that seem to be everywhere, he did get a chance of a lifetime to hunt for a moose in Northern Minnesota. He was happiest when he was at his lake home near Grand Rapids, MN. It is there that he passed along the enjoyment of fishing to his children and seven grandchildren who he adored. Survivors include his wife Susan of Albert Lea, MN, children Anne Marie (Nicholas) Proulx of Spring Lake Park, MN, Mary Beth (Neil) Dahlheimer of Inver Grove Heights, MN, Nick (Holly Hill) Kruse of Austin, MN. There are seven grandchildren; Jack, Olivia and Vivian Proulx, Josie, Isaac and Samuel Dahlheimer and Henry Kruse. Also surviving are four brothers; Tom (Maureen) Kruse of Eau Claire, WI, Tim Kruse of Maynardville, TN, Kurt (Leah) Kruse of Newton, IA, John (Susan) Kruse of Raleigh, N.C., and several nieces and nephews. He was preceded in death by his parents Robert and Marion (Goettl) Kruse, brother Jimmie and sister Cindy (Kruse) Steffl. Memorials in lieu of flowers to Ducks Unlimited Freeborn Lake Project and the Knights of Columbus Pennies for Seminarians.

To order memorial trees or send flowers to the family in memory of Michael “Mike” Kruse, please visit our flower store.