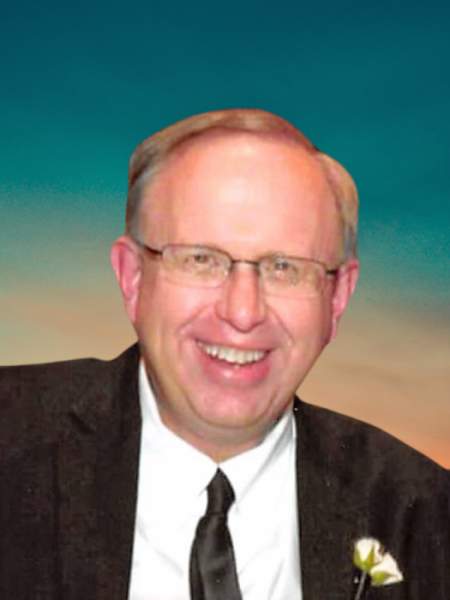 Michael G. Moore, 63, of Albert Lea, MN, passed away at his home, surrounded by his family on Saturday, September 19, 2020, after a courageous battle with MSA (Multiple System Atrophy).

Michael “Mike” Gerard Moore, son of William J. and Mary C. (Chambers) Moore, was born August 3, 1957, in Des Moines, Iowa.  He moved to Mason City, IA as a young child and graduated from Mason City High School in 1975. He went on to graduate from NIACC in 1977 and Mankato State University in 1979 with a bachelor’s degree in accounting.

On June 20, 1981, he was united in marriage to Suzanne Cordes at Holy Family Catholic Church in Mason City, IA. To this union, two children were born: Anne and Ryan.

Mike began his 38 year CPA career in Albert Lea, MN at Strand, Hammer & Danielsen. He went on to work for Minnesota Corrugated Box as CFO for 28 years.  In 2015, he began a new job at Dras Cases in Lake Mills, IA.  He retired in 2017.

Mike was very active in the community. He participated on the YMCA Board, Kiwanis, Chamber of Commerce and ALEDA (Albert Lea Economic Development Agency).  He was a dedicated member of St. Theodore’s Catholic Church, serving on the finance board and lectoring.  He was also on the St. Theodore’s Catholic Cemetery board.  Mike enjoyed coaching his children’s middle school basketball teams. Always an advocate for education, he was a chairman for the successful New High School Referendum.  Mike was named Albert Lea Area School District 241 Citizen of the Year in 1997.

Mike’s love for model railroading took him all over the country with his friends for conventions and viewing his favorite engines up close. His other hobbies include maintaining a perfectly manicured lawn, taking trips to U.S. historical sights with Suzanne and spending time with his family and grandchildren.

Mike’s family wishes to express their heartfelt appreciation for the care and treatment he received from the Mayo Clinic - MSA Department, specifically Dr. Elizabeth Coon.  His family is truly grateful for the tireless care Mike received from Mayo Hospice.  The outpouring of support from the community and the many visitors during his illness are greatly appreciated by his family.

His positive spirit will be missed.

A Mass of Christian Burial will be held at 10:00 a.m. Saturday, September 26, 2020 at St. Theodore’s Catholic Church, 315 E. Clark Street, Albert Lea, with Father Kurt Farrell, officiating.  Burial will be in St. Theodore Cemetery, Albert Lea.  A livestream will also be available at www.bonnerupfuneralservice.com under his obituary page.

In lieu of flowers, memorials may be given to Albert Lea Education Foundation, St. Theodore’s Catholic Cemetery and The Albert Lea Family Y.

To order memorial trees or send flowers to the family in memory of Michael Moore, please visit our flower store.