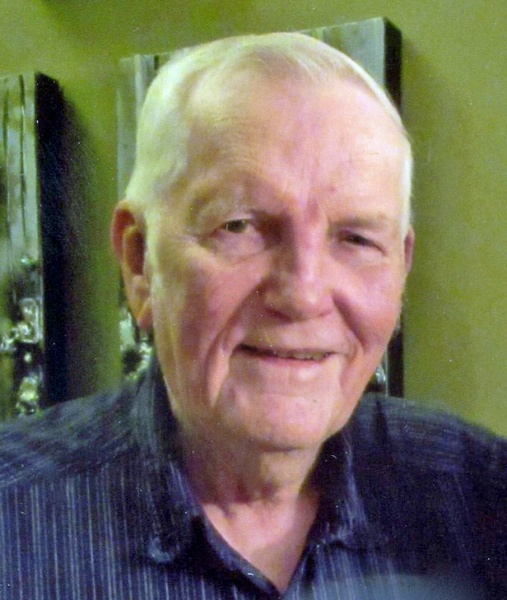 Funeral services for Maynard A. Olson will be held at 10:00 AM on Saturday, November 14, 2020 at the Emmons Lutheran Church.  The Rev. Ryan Henkel will officiate.  The service will be livestreamed on the Emmons Lutheran Church Facebook page at the time of the service.  Burial will follow at Oaklawn Cemetery with military honors provided by the Emmons Legion.  Visitation for Maynard will be from 4 – 6 PM Friday at Bonnerup Funeral Service, Albert Lea, MN and again one hour prior to the service at the church on Saturday.

Maynard Arlen Olson was born March 17, 1934 at Naeve Hospital, Albert Lea, MN, the son of Maurice Olson and Alma (Herth) Olson.  Maynard died November 10, 2020 at his home at the age of 86.  He was baptized at home and confirmed at Emmons Lutheran Church.

A lifelong resident of Emmons, he graduated from Emmons High School in 1952.  He served as a Sergeant in the United States Army where he was stationed in Germany for almost two years.  On June 17, 1961, he married Pauline Katherine Sonksen at Salem Lutheran Church, Albert Lea, MN.

He worked at Wilson’s after the service and later started working with his father obtaining his Master Electrician license.  He later took over the family business, Olson Electric.  Maynard had many hobbies and passions in life such as: feeding birds, maintaining his Martin houses, woodworking and carving, playing cards, dancing, and was an all-around man of many talents.  He was a true Minnesota Vikings, Gophers and Twins fan, and loved all sports in general.  Over the years, Maynard and Pauline spent many years fishing, going on many trips to Canada, where Maynard was a guide to many.  He always had a sense of humor and enjoyed conversation over a cup of coffee and breakfast with his dear Birthday Buddies.

Survivors include his wife of 59 years, Pauline Olson, of Emmons, MN; two sisters, LeAnn (Jim) Thompson of Rosemount, MN and Maureen (Bruce) Haugsdal of Albert Lea, MN; and many dear nieces and nephews.

He is preceded in death by his parents; his brother, Le Roy; as well as many other relatives and friends.

The family would like to thank the wonderful staff and volunteers at St. Croix Hospice who comforted and cared for Maynard in the last days of his life.

To order memorial trees or send flowers to the family in memory of Maynard Olson, please visit our flower store.