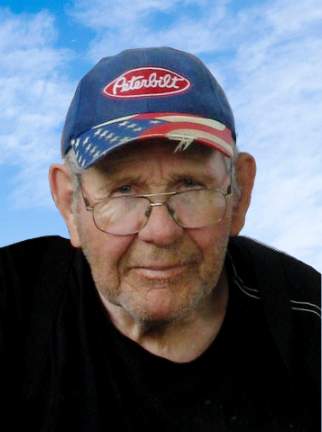 A memorial service for Marvin L. Espe will be held at 2:00 PM on Sunday, July 14, 2019 at Frank Hall Park in Albert Lea with Captain Jim Brickson officiating.  Please bring a lawn chair with you for the memorial service.  Interment will take place at Hollandale Cemetery.

Marvin L. Espe was born on January 11, 1936 in Mower County, MN to Eric and Olga (Larson) Espe.  After his schooling, Marvin started work right away.  On November 26, 1960, he was united in marriage to Trena (Bolhuis) in Hollandale, MN.  To this union, three children were born.

Marvin worked at the Albert Lea Foundry for 33 years.  When he wasn’t working, he enjoyed riding his lawn mower, moving snow, fishing, camping, gardening, and always enjoyed a good cup of coffee!  More than anything, Marvin loved when he could spend time with his grandchildren.

Marvin was never in a hurry, you may have heard him say, “I’ll get there when I get there” or “If you’re in that big of a hurry, you shoulda left yesterday!”  Well, Marvin, you’ve made it there!  Marvin and Trena will re-unite in heaven after just two months apart.  Blessed be his memory!

To order memorial trees or send flowers to the family in memory of Marvin Espe, please visit our flower store.