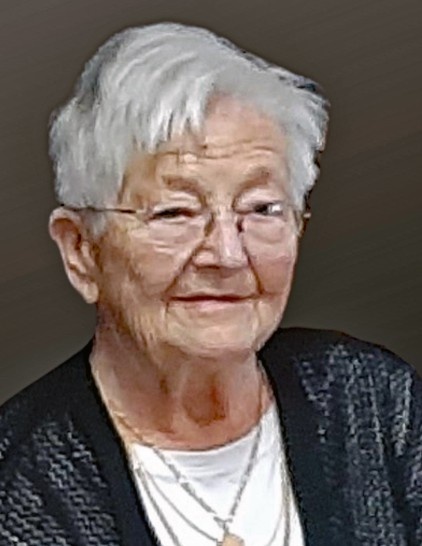 Marlene Martha (Tapp) Seipp, 86, of Albert Lea, passed away Tuesday, January 4, 2022 at St. John’s the Woodlands where she had lived for the last six months.

Marlene was born on June 2, 1935 to Cecil and Hilda (Toenges) Tapp in Albert Lea, MN, the first of three daughters.  She was baptized and confirmed at Concordia Pickerel Lake Lutheran Church.  She grew up on the family farm near Armstrong, MN, where they raised Brown Swiss cattle.  She was active in 4H and enjoyed showing cattle at the Freeborn County and State Fair.  She attended county school and graduated from Albert Lea High School in 1953.

After high school, she worked at the First National Bank in Albert Lea, did bookkeeping for the family construction business, and worked at St. John’s Lutheran Home prior to her retirement.  She married Verle R. Seipp on August 28th, 1954 in Albert Lea, and they had three children: daughter, Susan, and sons, Steve and Scott.  She was very active in the community as a member of the Alden Fireman’s Auxiliary and the Alden Lion’s Club, serving as president and secretary for many years.  She was a member of the Redeemer Lutheran Church in Alden and served several terms on the church council.

Marlene was a proud wife and mother and was always a strong supporter of her family.  She had a strong belief in Jesus Christ.

Marlene was preceded in death in 1997 by her husband, Verle; daughter, Susan Steele, in July 2021; her parents, Cecil and Hilda; her sister, LaVonne; mother and father-in-law, Melvin and Elvina (Nielson) Seipp; sisters and brothers-in-law, Lois and Gene Turtness, Roy Seipp, Lloyd Seipp, and Wayne Miland.

A funeral service will be held at 11:00 a.m. on Saturday, January 15, 2022 at Redeemer Lutheran Church in Alden with Rev. Kristi Mitchell officiating.  Time for visitation will take place one hour prior to services.  Interment will follow at Alden Cemetery.

To order memorial trees or send flowers to the family in memory of Marlene Seipp, please visit our flower store.