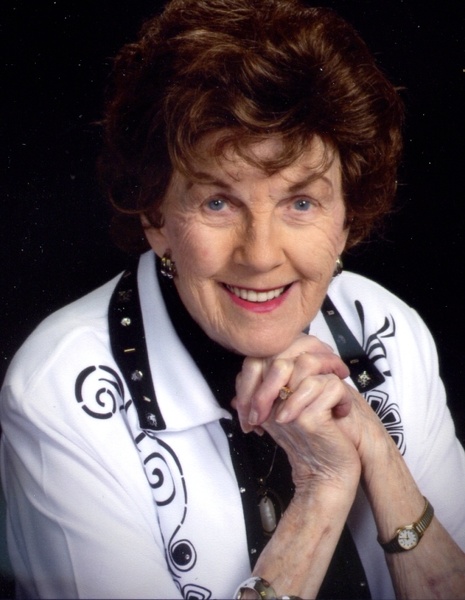 Memorial Services for Marjorie 'Marge’ Sippel, of Albert Lea, will be held at 10:30 A.M. on Monday, October, 1, at the First Presbyterian Church, Albert Lea.  The Reverend Dwight Netzer will officiate.  Interment will be in Graceland Cemetery, Albert Lea.  Friends may visit with family one hour before services at the church. Marjorie Ruth Cecile was born on March 14, 1918, in Freeborn County on the Bremer homestead the daughter of Henry and Ethel (Palmer) Bremer.  As a young girl Marge had attended Murtaugh School District #54, then Albert Lea High School.   She continued her education at Austin Teachers Training Dept., and Mankato State Teachers College. She married Robert “Bob” Sippel on June 3, 1944 and they lived on the Sippel Homestead. Marge spent 8 years as a rural school teacher teaching at Corner School District #52, Pickerel Lake District #124, Hammer School District #107 and Project District #37.  She later worked at Pamida, Woolworths (candy and hot nut counter),  St. John’s Lutheran Home and various supper clubs. Marge was a member of the First Presbyterian Church for 78 years, where she was a passionate volunteer. She taught Sunday School for 17 years, served as a deacon and visiting deacon. She was also active in church circles, the Guild, Presbyterian Women, helped with youth projects, the food pantry and the newsletter.Marge moved to Bancroft Creek Estates after her husband Bob died in 1998. Marjorie died on Sunday, September 23, 2018 at Hidden Creek Estates in Albert Lea.  She was 100. She is survived by her sons: Duane (Nona) Sippel and Terry (Catherine) Sippel of Albert Lea; grandchildren: Jaimie Sippel (Jodi Stevens) of Atlanta, GA, Jennifer Adams of Northfield, MN, Lora Millang of Alden, MN and Lisa Renaux of Freeborn, MN; great grandchildren: Alyssa Jones, Alexandra Adams, Seth Adams, Dylan Renaus and Abbi Renaux and many nieces and nephews. She was preceded in death by her parent Henry and Ethel Bremer, her husband Robert Sippel and her sister Doris VanRyswyk and her husband Don. Marjorie was so full of life and the love she had for her family was beyond measure. Blessed be her memory.

To order memorial trees or send flowers to the family in memory of Marjorie Sippel, please visit our flower store.