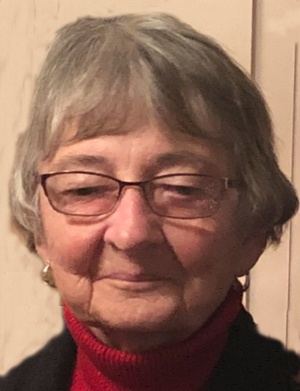 Funeral Services for Marilyn Ann Remakel, age 77, of Albert Lea, will be held at 11:00 A.M. on Friday, January 24, 2020 at St. Theodore’s Catholic Church, Albert Lea. The Reverend Kurt Farrell and Deacon Mike Ellis will officiate. Interment will be at St. Theodore’s Catholic Cemetery at a later date. Visitation will be from 4-7pm on Thursday January 23, 2020 at Bonnerup Funeral Service and one hour before the service at the church.

Marilyn died surrounded by her loving family on Tuesday, January 21 at St. Mary’s Hospital in Rochester, as a result of a brain aneurysm. Marilyn was born on February 1, 1942, in Lancaster, WI, to Cletis and Grace (Ament) Ferring. The Ferring family moved to Albert Lea in 1949 and Marilyn graduated with the Albert Lea High School class of 1960.

On May 27, 1961 Marilyn was united in marriage to her high school sweetheart, Ron Remakel, at St. Theodore’s Catholic Church. To this marriage, two daughters and a son were born. Marilyn was an integral part of the McDonalds on Main Street in Albert Lea for more than 30 years. She had also served as a lunch lady, as well as some substitute cooking at various schools and at the Albert Lea Children’s Center. It comes as no surprise that with all of her work in the food industry, Marilyn’s favorite pastime was eating. She was often caught grazing through food, even after a big meal. Marilyn enjoyed gardening, crocheting and knitting. She was a strong, caring and compassionate woman to all she met. She would proudly share that her greatest joy came from spending time with her family and friends that she so dearly loved. Her family gathered for weekly Tuesday meals at the home and she also enjoyed her Sunday morning breakfasts with her great grandkids. These times were indeed those that Marilyn cherished most. Her faith community at St. Theodore’s Catholic Church also played a very important role in her life.

In lieu of flowers, memorials are suggested to the American Cancer Society.

To order memorial trees or send flowers to the family in memory of Marilyn Remakel, please visit our flower store.