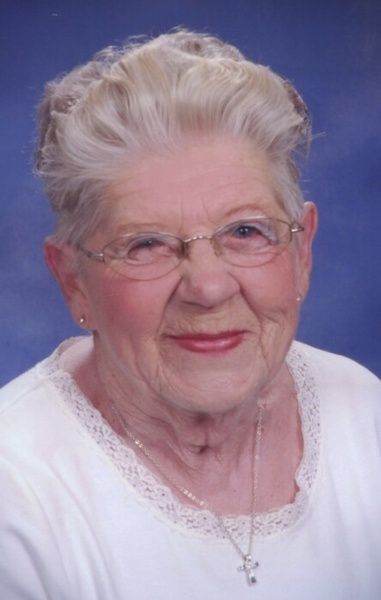 Click the above link to livestream the funeral from the church

Margaret Tusen passed away peacefully on April 12th, 2021 at home in Albert Lea, MN. She was 86 years old.

A walk-through visitation will be Sunday, April 18 from 2:00 pm – 4:00 pm at Bonnerup Funeral service. Funeral will be 11:00 am, Monday, April 19 at the United Methodist Church of Albert Lea, with visitation one-hour prior at the church. Burial will be in the Graceland Cemetery. Livestreaming will be available at www.BonnerupFuneralService.com

Margaret was born on October 10, 1934 in Austin, MN and attended Albert Lea area schools. She was married to Carl H. Tusen on May 28, 1971 at the United Methodist Church. Margaret was confirmed at the United Methodist Church and as a member enjoyed her time as a greeter and welcoming everyone. Margaret was a lifetime member and past president of the VFW Women’s Auxiliary and spent many years participating in the Memorial Day Ceremonies and marching in parades. She spent her working years as a waitress at the truck stop, local restaurants and helping friends work their small shops. She enjoyed her time at the Freeborn County Fair attending concerts, owning her own food stand and volunteering at the VFW Bingo Stand. In her younger years, she enjoyed bowling and going to bingo with her daughters.

Most of all, Margaret loved her family and friends. Her door was always open for a visit, safe place and her family to come home! She was a true matriarch and the glue that kept the family connected. She was often found sharing pictures of her children, grandchildren, great-grandchildren and great-great grandson updating everyone on what they were doing and how they were growing.

She was preceded in death by her husband, Carl Tusen; daughters, Carla (Darrell) Lunning and Caryn Decker; brothers, Edwin Boerner and Duane (Cathy) Boerner and many in-laws and cherished friends.

To order memorial trees or send flowers to the family in memory of Margaret Tusen, please visit our flower store.