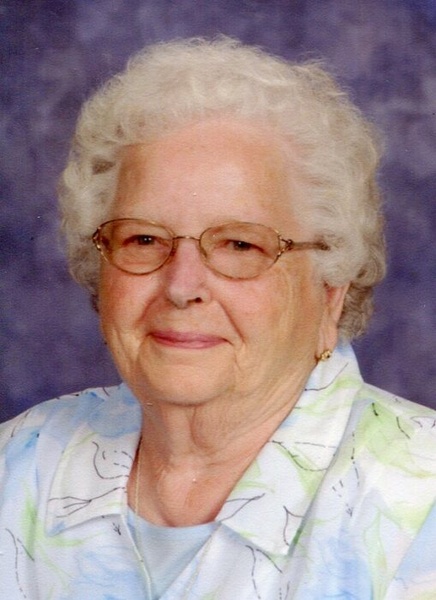 On September 12, 1948 she was united in marriage to Elmer Raymond Dobberstein at First Lutheran Church in Waldorf, MN.

Mable graduated 8 th grade from Country School, District 70 in Waseca County, MN, and later graduated 12 th grade from Waseca High School.  Mable attended St Mary’s School of Nursing in Rochester, MN and graduated in 1947.  Following her graduation, she worked briefly at the Waseca Hospital, Wells Hospital and St Joseph Hospital in Mankato, MN.  She also worked at the Owatonna Hospital prior to her marriage to Elmer and then returned in 1960 as a charge nurse in the Intensive Care Unit until her retirement in 1993.

Funeral Service 11 am, Monday, November 29, 2021 at St. Peter Lutheran Church, New Richland with visitation beginning at 9 am. Burial will be at St. John's Cemetery, Owatonna, MN.

To order memorial trees or send flowers to the family in memory of Mable Dobberstein, please visit our flower store.