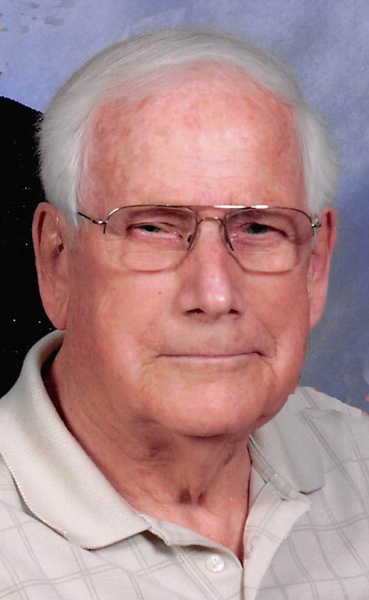 Lyle Kenneth Hanson, 94, was called home to the Lord on Monday March 11th, 2019 at his home with many family at his side. Funeral services will be held at 11:00 AM Friday, March 15, 2019 at the First Lutheran Church in Albert Lea, MN. Pastor Sean Forde will officiate. Visitation will be held Thursday evening from 4 until 7 PM at the Bonnerup Funeral Service and one hour prior to the service at the church. Burial later in the East Freeborn Cemetery. Military honors will be accorded by the Albert Lea Area Veterans Groups. Lyle was born April 24, 1924 in Freeborn County, to Roy and Palma (Skophammer) Hanson. Lyle graduated from Albert Lea High-school in 1942 and enlisted in the Army in 1946. He was in the 11th Airborne Division serving in the Army as a paratrooper. On returning, Lyle married the love of his life Ann Marie Loge on September 17th, 1950. Together Lyle and Ann raised 3 children. Peggy, Sue, and Brian. Lyle was hardworking, a man of strong faith, devoted husband, loving father, awesome friend, amazing grandfather and great grandfather. Church and family were foremost. Lyles life was steeped in tradition and was prevalent in his final days. His family cherished and honored him, his friends respected and depended on him. This is the life and legacy he both lived and taught. He respected and honored all as we honor and celebrate his life. Lyle is survived by his wife Ann Hanson of 68 years, Peggy (David Schulman), Sue (Roger Tharaldson), Brian (Shari Hanson). Grandchildren, Jill Tharaldson, Jennifer (Damon Lee), Joslynn Tharaldson, Thor Hanson, and Noah Hanson. Great Granddaughter Kayla Tharaldson and Great Grandson Jace Harris. His hands were large, and all who knew him, know, they paled in comparison to the size of his heart. He is very much loved and will be missed by us all.

To order memorial trees or send flowers to the family in memory of Lyle Hanson, please visit our flower store.