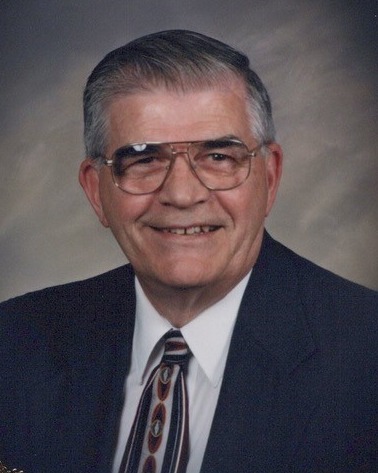 He was born on May 8, 1933 in Albert Lea, MN, to Arthur O. & Grace (Clemmetson) Godtland. He was baptized on May 28, 1933 at First Lutheran Church in Albert Lea. He became a charter member of Grace Lutheran Church on November 17, 1946.  He was confirmed in the first confirmation class at Grace Lutheran Church. He graduated from Albert Lea High School in the spring of 1951. He served in the Army and was stationed in Korea for 16 months. LuVerne was introduced to his future wife, Jeanie Thrun, by his cousin, Grace VanProosdy. LuVerne & Jeanie were married on June 26, 1955 at Redeemer Lutheran Church, Decoria Township, Blue Earth County and celebrated their love story for over 58 years.

LuVerne worked as a dry wall contractor for 47 years, first with his father, then with his brother, Ron. They provided quality craftsmanship to building projects throughout southern Minnesota. He was proud to be a charter member of Grace Lutheran Church, where he taught Sunday School for 30 years, served as a member of several call committees, the memorial committee, the capital campaign committee, was a greeter, and communion server.

LuVerne delighted in being with his family, especially his grandchildren and great-grandchildren. He was known for his prowess in Scrabble, his hearty laugh (Uff Da!), and if you weren't 15 minutes early, you were late. For LuVerne, and his beloved Jeanie, it was Jesus’ life, death, and resurrection that inspired their loving and their living.

Services will be Friday, December 16, 2022, at 1pm at Grace Lutheran Church, Albert Lea, with Pastor Shane Koepke officiating. Friends may call from 4-6pm, Thursday, December 15, 2022, at Bonnerup Funeral Home, Albert Lea, and at the church one hour prior to services. Interment will be at Hillcrest Memorial Gardens, Albert Lea.

Memorials are preferred to Grace Lutheran Church or the donor’s choice.

Arrangements are with Bonnerup Funeral Home.

To order memorial trees or send flowers to the family in memory of LuVerne Carlyle Godtland, please visit our flower store.