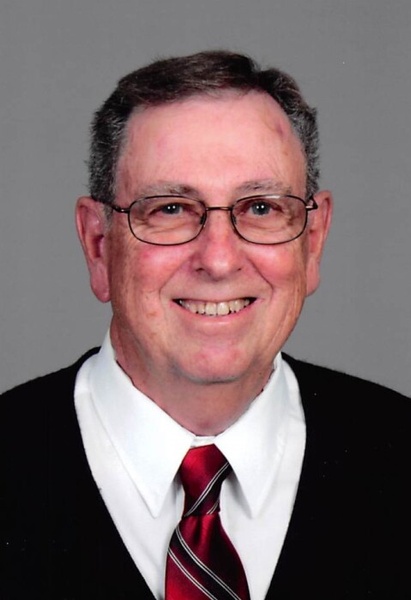 A public visitation for Lloyd Irvin Knutson of Albert Lea will be held from 3:00pm – 6:00pm on Sunday, August 2, 2020 at Bonnerup Funeral Service, Albert Lea. A private family service will take place Monday, August 3, 2020 with burial following at Hillcrest Cemetery where military honors will be performed by the Albert Lea Veterans Organizations. Pastor Eileen Woyen will be officiating. The service will be livestreamed to the Bonnerup Funeral Service website beginning around 2:00 PM on Monday. To view the livestream, simply go to the Bonnerup website at www.bonnerupfunervice.com and click on his obituary page.

Lloyd died on Monday, July 27, 2020 at his home in Albert Lea.  He was 72 years old.  Lloyd was born to Lester and Hattie (Winter) Knutson in rural Faribault County near Kiester on September 2, 1947.  He attended Country School and later graduated from Kiester High School in 1965.  After graduation, he attended Dunwoody College in Minneapolis for baking.

In September 1966, Lloyd entered the Army and served for two years.  On September 4, 1971 he was united in marriage to Rebecca Jane Balek at Holy Family Church in Mason City, IA.  Together, they raised two daughters, Melissa and Rochelle.

The couple owned and operated the B&W Café in Albert Lea for 17 years and owned the Write Line card shop for three years.  Lloyd also worked at Freeborn School as head cook for three years.  Lloyd and his wife, Becky, purchased the Conger Inn Café in Conger in 1989 and started the Conger Catering Service which they operated until retiring in 2015.

To order memorial trees or send flowers to the family in memory of Lloyd Knutson, please visit our flower store.