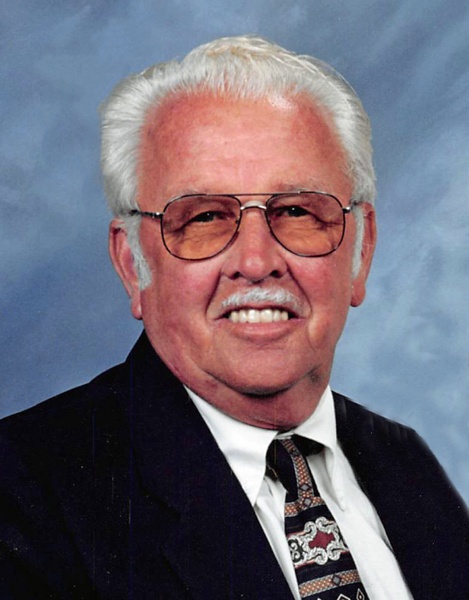 Funeral services for Les Tufte, age 82, of Albert Lea, will be held at 11:00 AM Wednesday January 29, 2020 at Grace Lutheran Church, Albert Lea. Pastor Shane Koepke will officiate. Interment will be at East Freeborn Cemetery. Visitation will be held from 4-6PM on Tuesday, January 28, 2020 at Bonnerup Funeral Service and one hour prior to the service at church.

Leslie ‘Les’ Tufte passed away peacefully on Friday, January 24, 2020 at his home in Albert Lea. Les was born on October 21, 1937 to parents Harry and Pearl (Hyland) Tufte in Albert Lea. He grew up on a farm in Hayward until he was ten years old and then moved to Albert Lea. He was a lifelong member of Grace Lutheran Church and attended Albert Lea High School. He was a brick layer and started when he was 16 years old.

On September 17, 1960, Les was united in marriage to Mary Knox at St. Olaf Lutheran Church in Austin, Minnesota. Together they raised four children: Pamela, Mark, Lori, and Peggy. He built their home in Albert Lea and enjoyed a career of building houses and selling them.

Les belonged to the Eagles, Moose, and Brick Layer’s Union and enjoyed grabbing a beer with his friends. His hobbies included gardening, hunting, and fishing. Les loved going on camping trips, attending auctions, and playing games. He was very social and could go anywhere and always find someone he knew and if he didn’t, he would by the time he left. He enjoyed family gatherings and spending time with his family, affectionately teasing them.

To order memorial trees or send flowers to the family in memory of Leslie 'Les' Tufte, please visit our flower store.