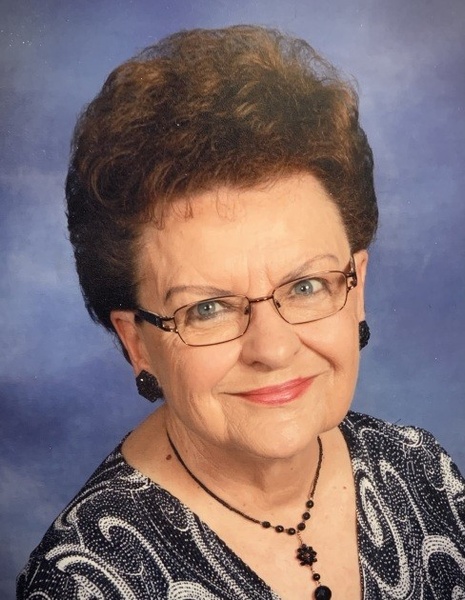 Lavonne M. Christenson, 89 passed away surrounded by the love of her family and prayers at Thorne Crest Health Care in Albert Lea on Friday, March 25, 2022.

Lavonne Marion and her twin sister Lorraine were born in December 1932 at Naeve Hospital in Albert Lea, MN to Myrtle (Peterson) and Herbert Christensen. She was baptized and confirmed at First Lutheran Church. She attended Albert Lea Public Schools and graduated from Albert Lea Senior High School in 1950. She met the love of her life Harold “Billy” Christenson. They were engaged before he was deployed to Korea in 1951. He returned in the summer of 1952 and the pair married at First Lutheran Church on July 6, 1952. She only had to change one letter of her maiden name. They had nearly 70 years of marriage and had 4 children: Debra, Jodi, Gina, and Thomas.

As a teen and young woman, Lavonne worked at a soda fountain and as a Switch Board Operator at Queen’s Stove. After her children were older, Lavonne was a beauty advisor for Vanda Beauty Counselor, worked at the American Legion Post 56 as a waitress, as a secretary at the YMCA and later for the Section 8 Program at the Housing Authority (HUD). She was also a volunteer for Child Fund International and the American Cancer Society. Before retirement. Lavonne worked at Hunter and Associates Xerox office in downtown Albert Lea.

Lavonne was a wonderful homemaker making the best hotdishes, baked goods and home canning. She took pride in her home and always had flowers and roses outside. She was part of a 500 Card Club for several decades where her and her friends would host a monthly game in their homes. She loved playing Bingo with her mom, Myrt, trips to Las Vegas with her family (she even won a new car in 1994), and trips to northern Minnesota, Hawaii, Alaska, Arizona, Florida, Michigan, California, and South Korea. Lavonne was a longtime member of the American Legion Post 56 Ladies Auxiliary.

Lavonne’s family was her pride and joy and she never wanted to miss a single family moment. She is survived by her husband Bill; children: Jodi Overlee, Gina Posivio, Tom (Kimm) Christenson, and son-in-law, Jimmy Delgado; her nine grandchildren, and 8 great-great grandchildren. Loved ones that cleared the way were her daughter Debbie; parents, Myrt and Kenny; her sister, Lorraine; brother, Gerald; and son-in-law, Kevin.  Her love and legacy will live on in the hearts and minds of everyone she touched.

A visitation will take place from 12:00-1:00 p.m. on Thursday, March 31, 2022, at First Lutheran Church. Funeral Services will begin at 1:00 p.m. with Pastor Roger Fears officiating.  Interment will follow lunch at Graceland Cemetery.

To order memorial trees or send flowers to the family in memory of Lavonne Christenson, please visit our flower store.