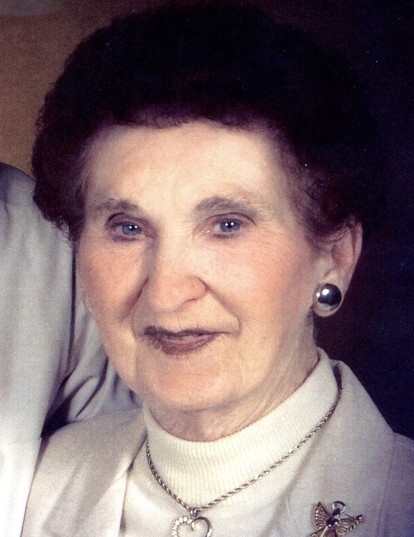 Laverne Marie Fleshner was born on April 5, 1932 to parents Benny and Hattie (Vietor) Fleshner in Parkersburg, Iowa. She grew up in Parkersburg and graduated High School in 1951. On May 26, 1952, Laverne married Edwin John Peters in Parkersburg, Iowa. After the tragic deaths of their first two sons, a son, Curtis, was born. He has remained the joy of Laverne’s life. They were married almost 50 years until Edwin’s passing on March 15, 1999.

Laverne dedicated her life to helping the elderly for over 35 years. She started out as a nurse’s assistant working at Cedar Falls Lutheran Nursing home for three years. Edwin and Laverne then moved to Albert Lea, Minnesota where she continued her career at Cornick Nursing Home, Evans Board and Care, and owned Golden Age Board and Care until retirement.

Family was very important to Laverne. She treasured time spent with family and many phone calls with her grandchildren. Her kind heart will be dearly missed.

To order memorial trees or send flowers to the family in memory of Laverne Peters, please visit our flower store.