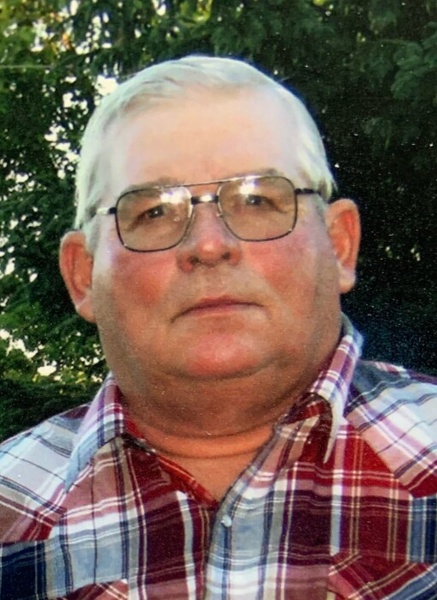 Larry Richard Beck passed away peacefully on November 20, 2020 at the Good Samaritan Society in Albert Lea. He was 76 years old.

Larry was born at the Naeve Hospital in Albert Lea on April15, 1944 to Edwin and Dorothy (Vogol) Beck. He grew up in Vinje, IA and Emmons, MN, he then later settled near Conger MN. On October 17, 1982 Larry married Patricia ‘Pat’ Behr at St. John’s Chapel. The couple then purchased an acreage in Alden where they raised their children. They were long time members at St. Paul’s Lutheran Church in Conger, MN.

A farmer his entire life, Larry not only cared for livestock like cows and pigs, but he tended crops as well. He liked being outdoors and many of his hobbies let him enjoy nature. A few of his many interests were hunting fox and deer, feeding and watching birds, building houses for the birds, woodworking and Larry’s all-time favorite, fishing. Larry also loved dogs and he shared a special bond with his German Shorthair, Cal.

Over the years, Larry devoted himself to being an attentive husband, father and grandfather. He and Pat would spend many nights watching old movies together or playing cards. Family was important and he spent as much time with them as he could, and in his later years became the doting grandpa to his grandkids. Larry absolutely loved being with his grandchildren, and he would always have one pocket full of coins for their piggy banks and the other was full of candies for them all to share.

Larry will be forever missed.

He is preceded in death by his parents Edwin and Dorothy and his parents-in-law, Kenneth and Mary Behr.

To order memorial trees or send flowers to the family in memory of Larry Beck, please visit our flower store.