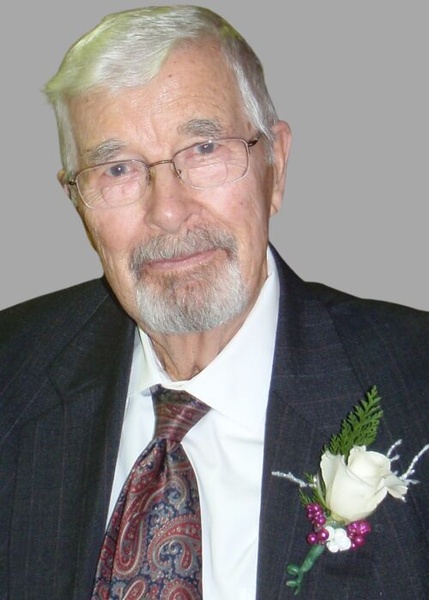 Kenneth G. Hagen, 94, of New Richland passed away on September 7, 2020 at the Lakeshore Inn Nursing Home in Waseca, MN.

A private graveside service will be held at the Le Sueur River Lutheran Cemetery of rural New Richland with Pastor Steven Woyen officiating.

Kenneth was born October 7, 1925 to John and Hazel (Johnson) Hagen in rural New Richland. He was baptized and confirmed at the Le Sueur Lutheran Church.

On August 9, 1952 Ken married Norma Grimm and together they raised their 4 children.

Ken spent time in the United States Army before running the family farm until he retired Even after retirement, he was able help Allen on the family farm well into his 80’s. Kenneth and Norma loved traveling south in the winters, camping and playing cards. Memorable trips included Romania, Austria and Germany.

Kenneth was preceded in death by his parents; son-in-law, Gary Miller and sister, Lorraine (Robert) Haug.

To order memorial trees or send flowers to the family in memory of Kenneth Hagen, please visit our flower store.