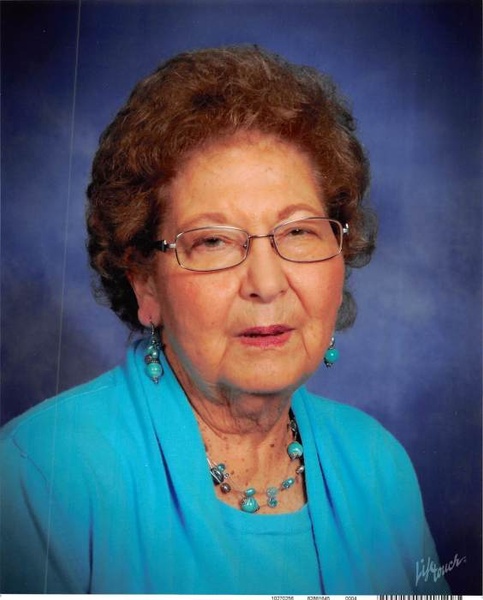 Funeral services for Karin Mae Mattson age 84, of Albert Lea, MN, will be held at 1:00 PM Tuesday, September 10, 2019 at the First Lutheran Church in Albert Lea, MN. Pastor John Holt will officiate. Visitation will be held Monday evening from 5 until 7 PM at Bonnerup Funeral Service and one hour prior to the service at the church. Interment will be in St Theodore Cemetery, Albert Lea, MN. Karin died Thursday, September 5, 2019 at St John’s Lutheran Home in Albert Lea, MN. She was born December 22, 1934 to Sven and Dorothy (Smith) Christofferson in Minneapolis, MN, where she belonged to and was baptized at Augustana Lutheran Church. After moving to Brooklyn Center, she belonged to and was confirmed at the Hope Lutheran Church. She graduated from Patrick Henry High School in Minneapolis. On March 31, 1952 Karin was united in marriage to Lyle F. Quimby. He preceded her in death on a Navy plane that went down at sea in November of 1956. On July 29, 1961 Karin married Thomas M. Mattson and they moved to Albert Lea where Tom taught school. She was a homemaker when the children were young and then later worked at the American Legion Club, Four Seasons Coffee and Church Offset Printing before retiring. Karin lived in Minneapolis, Brooklyn Center, Bermuda and Albert Lea. She was an active member of First Lutheran Church where she was a member of Circle 21, served at funerals and participated at women’s meetings. She was a Naeve Hospital Auxiliary volunteer, Hospice volunteer and Senior Citizens Center volunteer. She is a Gold Star Wife. She was part of the American Legion Auxiliary where she served terms as President of both Albert Lea and Brooklyn Center. She also held many chairmanships and several officer’s positions and was a lifetime member. Karin is survived by three sons and one daughter- Lyle F. Quimby and wife Nancy of Blaine, MN, Dean C. Quimby of Rochester, MN, John P. Mattson of St. Peter, MN, and Cheryl A. Behrends and husband Russell of Albert Lea, MN. Grandchildren- Heather Pliska of Albert Lea, Adam Quimby and wife Heather of Glenville, Christine Behrends and fiancé Cody of Albert Lea, Matthew Behrends of Albert Lea, Stephanie Behrends of Albert Lea, Nathan and Kenneth Quimby of Hayward, CA, and Abigail and Olin Mattson of St. Peter. There are nine great grandchildren and two sisters- Judith Fairbanks of Coon Rapids and Jo Johnson and husband Mark of Duluth, several nephews, nieces, cousins and very special friends. She was preceded in death by first husband Lyle F. Quimby, November 1956, second husband Thomas M. Mattson, September 2004; two sons- infant Mark Allen Quimby and Douglas Paul Quimby; uncle Allen Smith; parents Sven and Dorothy Christofferson and in-laws Ensin and Cecelia Mattson. Memorials preferred to Mayo Hospice, First Lutheran Church, American Legion Auxiliary or donor’s choice.
To order memorial trees or send flowers to the family in memory of Karin Mattson, please visit our flower store.